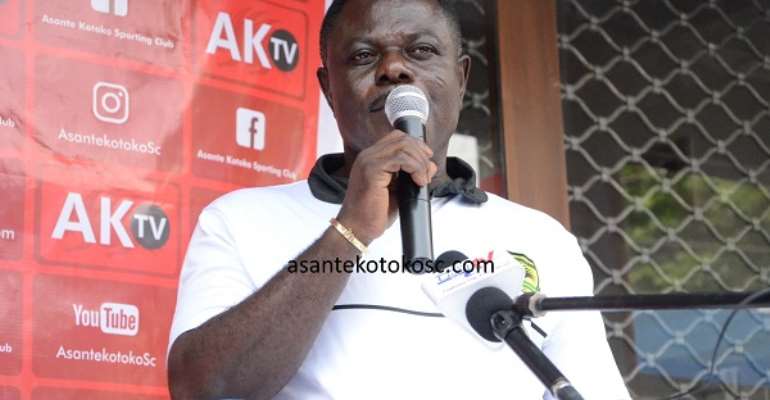 Jarvis Peprah, a former Asante Kotoko Chief Executive Officer has advised Dr Kwame Kyei to resign from his post for failing to live up to the billing.

According to Mr Peprah, Dr Kyei, Executive Chairman of the club has committed several administrative blunders which have caused the club huge financial loses.

He has therefore advised Dr Kyei to relinquish his position to save him further embarrassment as the leader of the two times champions of the club.

“Dr Kwame Kyei has done his best for the club but I think it’s time for him to go and hand over the team to his Royal Majesty Otumfuo Osei Tutu II.”

He added, “There is a lot going on with the club, players are not happy and complaining. There are issues with player transfers, strike sponsorship, and many others. This all shows management has failed.

“We all have to check whether the team is progressing or not. There has been too much talk about the management style of Kotoko which should be a concern. For someone like Edmund Ackah to resign should tell you that all is not well with the club.

“He has done his part and I think he should just go to Manhyia and hand over the team” he concluded.

Former Management Member David Serebour Boateng has been very vocal about Kwame Kyei’s inefficiencies as a leader and called for his exit.

Serebour Boateng also suggested to Manhyia to audit the books of the club under Kwame Kyei after raising suspicions about how business has been done during his tenure.