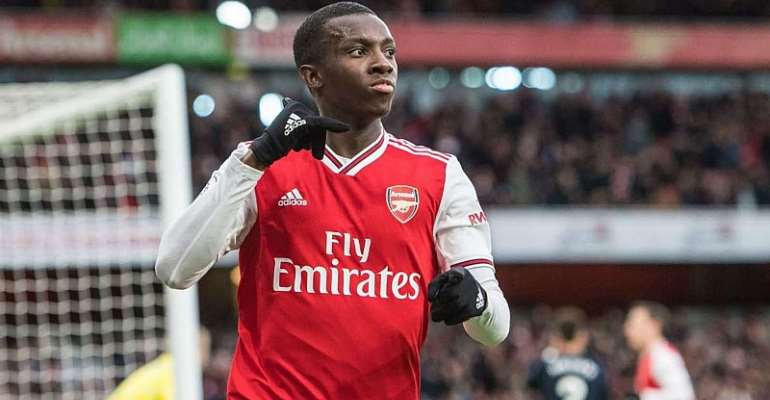 One of the great uncertainties of the coronavirus outbreak as it concerns football is the effect it will have on player contracts.

For loan players and players out of contract at the end of the season, their legal agreements would essentially make them free agents by June 1, a situation that could threaten the integrity of teams if league seasons extend beyond that date.

However, for players such as Pierre-Emerick Aubameyang who are out of contract in the summer of 2021, clubs are faced with a different sort of concern: they are being deprived of the final drips of utility from a prize asset on the books.

The noises from the representatives of the Gabon international, who is Arsenal’s top goalscorer so far this season, are to the effect that the club’s ability to secure Champions League football will be a factor in his decision to renew. As that storyline can only be resolved when the current season comes to a definitive end – whenever that may ultimately be – it is expedient for the Gunners to begin to seek alternatives.

There is, of course, no easy answer to the question “how do you replace 61 goals in 96 appearances?”, neither is it immediately obvious that, even if the North London club had the sort of funds to dip into the transfer market, there is a large pool of proven, top-quality centre-forwards to choose from.

Could the solution come, instead, from within?
Michael Owen seems to think so, and last week he named young Ghanaian striker Eddie Nketiah as having the potential to pick up the gauntlet and carry Arsenal’s scoring burden going forward.

“You never know, one of those two lads upfront could turn into proper players and be like him [Aubameyang], scoring 20-plus goals a season and they’re worth their weight in gold.

The former Liverpool man, himself a goalscoring prodigy in his heyday, would know. However, being capable of carrying the torch for the Arsenal attack is a daunting task that has cowed many; witness the struggles with fitness and confidence of Alexandre Lacazette, another whose contract will be up in the very near future.

Nketiah, who only returned to the club in January following a truncated loan spell at Championship table-toppers Leeds United, has started the Gunners’ last three matches in the Premier League, scoring once – in the 3-2 defeat of Everton in February. He has also scored twice in two matches in the FA Cup.

However, the role of the centre-forward within Mikel Arteta’s system at Arsenal is an unforgiving one, requiring tremendous amounts of graft, showing for the ball and selfless movement to create openings, ostensibly for Aubameyang to exploit.

In many ways, it is similar to the role he was required to fulfil while on loan at Marcelo Bielsa’s Leeds. The results were decidedly mixed, and although the Argentine railed against Arsenal’s decision to recall the youngster, it was clear by the time he left Thorp Arch that Patrick Bamford had won their mini-duel to lead the line.

That said, he still averaged a goal every 133 minutes with the Elland Road outfit, providing a range of finishes both in the air and on the ground.

Were Aubameyang to depart, it is likely there would be an alteration to the team’s attacking dynamics to accentuate the predatory role of the centre-forward. This would no doubt be to Nketiah’s benefit; while he has done well in terms of work rate, it is clear he is sharpest with his movement when inside the box.

Arteta summed up his game pretty succinctly following the FA Cup victory over Portsmouth, saying “The work rate that he puts in, the rhythm that he goes into pressing, his understanding of the game - when to come and when to go in behind - and always in front of goal, he is ready to score.”

His finish against Everton promised much, and is a nod to his significant promise. Within a system that seeks to play for him and make chances on the regular, he is capable of scoring by the hatful, but it might well take Aubameyang and Lacazette leaving – a hard reset, as it were – for him to truly flower at Arsenal.

High attendance on first day of parliament's 3rd meeting of ...
49 minutes ago