Ghanaian Players At Anderlecht To Skip One Month's Wages 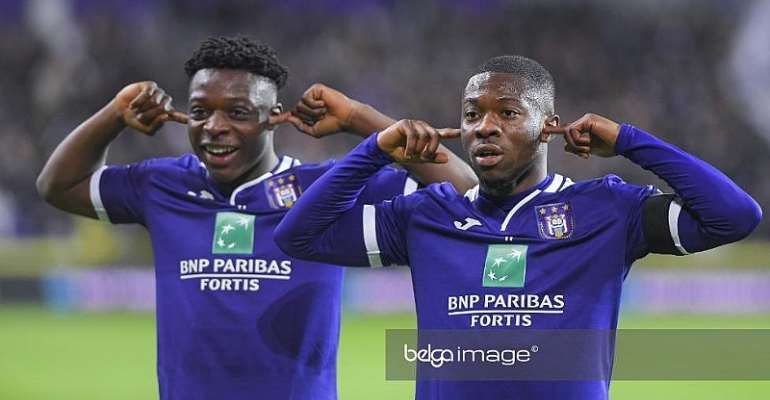 Ghanaian players at Anderlecht, Francis Amuzu and Jeremy Doku have been asked to skip one month's salary and help save at least two-million euros as the coronavirus pandemic hits the club hard.

The Belgian giants suspended the contracts of several staff members on Tuesday and chief executive officer Karel Van Eetvelt said players were being asked to show solidarity by giving up 30 days of wages.

"It will save us at least two million euros," he told Belgian broadcaster Sporza.

The club considered also suspending the contracts of players to save costs but said it was a risky step.

"Therefore, we have chosen to ask them to hand back some of their salary.

"I am very glad there is solidarity among the players and they understand how urgent the situation is," Van Eetvelt added, indicating that there was agreement although Belgian media reports said it was still being negotiated.

"The role of (coach) Vincent Kompany is crucial because he stands between management and the players and can appeal to them directly," he said.

The club from the capital are Belgium's most successful team with a record 34 domestic titles, as well as winning the European Cup Winners' Cup and Uefa Cup, but in recent seasons have struggled.