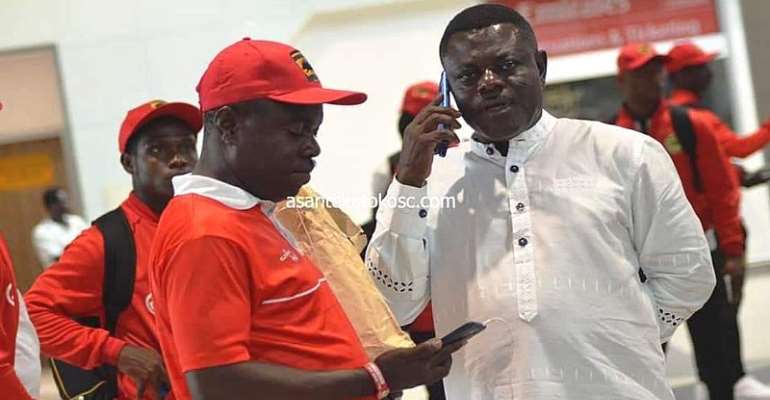 Amidst the Coronavirus outbreak, our media space being filled with unending stories of a rise in infection numbers and one case of death, Asante Kotoko news stories interestingly remained prominent last week. It has not looked like there will be a cessation of news on the club even though football has been suspended because of the coronavirus outbreak.

From the failing Strike sponsorship, the confounding Emmanuel Clottey saga to the resignation of Accra Rep., Edmund Ackah; our beloved Asante Kotoko threw up stimulating stories for prickly radio ears leaving some fans worried over how managerial issues loosely get into the public as if no one was in charge of the club.

We were approaching dusk on Friday when a Kotoko-related story dropped – this time from our former acting Chief Executive Officer, Jarvis Peprah, who, in an interview with Happy FM, had advised the Chairman, Kwame Kyei to resign. “He has done his part. I think he should just go to Manhyia and hand over the team” said Jarvis.

“There is a lot going on with the club. Players are not happy and complaining, there are issues with transfers, strike sponsorship and many others. All these show that the Management has failed. We all have to check whether the team is progressing or not. There has been too much complains about the management style...” he added.

Jarvis Peprah, who led Kotoko in an interim capacity during the 20005/06 season, asked the Chairman to honourably step down. “I think it is time for him to go and hand over the team to his Royal Majesty,” said the former CEO, who was Public Affairs Manager in the Dr K. K. Sarpong era. What do you make of Jarvis Peprah’s call?

Should the Chairman resign?
The last time a Kotoko Chairman resigned was in July 2013. It was then Executive Chairman, Dr K. K. Sarpong. Controversy greeted his resignation. Not many fans, notably in Kumasi, accepted Dr Sarpong’s move. The fact he quit was not the problem but his letter to the King, announcing that he has quit the club was deemed disrespectful.

“You do not quit a job given to you by the King,” some fans vehemently argued. I lived in Kumasi at that time. The view that you do not resign from an assignment offered you by the Asantehene still weighs heavily on me. That makes me believe that a resignation from a Kotoko Chairman is highly unlikely. So, I do not see Kwame Kyei resigning. Besides, resignation is really not in the diction of most Ghanaian leaders. Dr Sarpong was quite an exception. Jarvis Peprah, however, raises vital points.

In three years, Management members have quit with discontent. Lawyer Yaw Boafo, Ernest Owusu Ansah, Samuel Sarfo Duku and recently, Edmund Ackah left for the simple reason that, they were unhappy with how certain issues were being handled. Jarvis Peprah enumerates things that, to him, have culminated into Management failure and which warrant Kwame Kyei’s resignation.

Players not being happy, the failing Strike contract, the Clottey saga and others but I do not think the Chairman will resign. I have stated why. But, juxtaposing developments in the club to Kwame Kyei’s November 12, 2016 mandate, which was to: “Reshape the administrative structure of the club and infuse professionalism and competence at all levels of its operations”, it is not difficult to say that some things must change.