IOC Executive Board Steps Up "Scenario-Planning" For Tokyo 2020 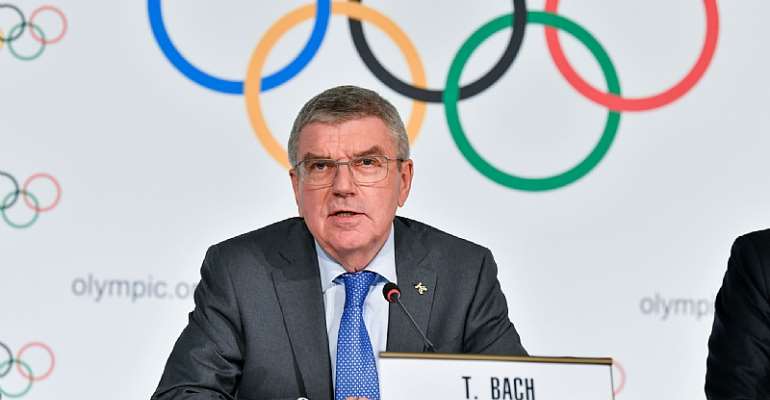 Health and safety paramount as IOC agrees to look at different scenarios relating to existing operational plans for Tokyo 2020 Games in response to COVID-19 pandemic.

The International Olympic Committee will step up its scenario-planning for the Tokyo 2020 Olympic Games in response to the COVID-19 pandemic.

These scenarios relate to modifying existing operational plans for the Games to commence on 24 July, and also for changes to the start date.

The IOC Executive Board agreed to this measure on Sunday (22 March) with health and safety its paramount concern.

"This step will allow better visibility of the rapidly changing development of the health situation around the world and in Japan. It will serve as the basis for the best decision in the interest of the athletes and everyone else involved." - IOC Executive Board statement

On Friday, the Olympic flame arrived in Japan where the Executive Board noted: "significant improvements" with regards to the spread and control of COVID-19.

IOC President Thomas Bach wrote a letter to the global athlete community after the meeting, saying, "Our basis of information today is that a final decision about the date of the Olympic Games Tokyo 2020 now would still be premature."

"The IPC and I certain, the whole Paralympic Movement, fully support the IOC's decision to look into the potential scenarios regarding the Tokyo 2020 and Paralympic Games, including postponement."

Cancellation "not on the agenda"
The situation in Japan has led the IOC Executive Board to suggest that this could "strengthen the IOC’s confidence in the Japanese hosts that the IOC could, with certain safety restrictions, organise Olympic Games in the country whilst respecting its principle of safeguarding the health of everyone involved".

But it admitted, "On the other hand, there is a dramatic increase in cases and new outbreaks of COVID-19 in different countries on different continents. This led the EB to the conclusion that the IOC needs to take the next step in its scenario-planning."

Any date change scenario would need to be looked at from the availability of "critical venues", to millions of hotel bookings having already been made, plus the need for international sports calendar for at least 33 sports to be adapted.

To study these scenarios, the IOC will need "the full commitment and cooperation of the Tokyo 2020 Organising Committee and the Japanese authorities, and of all the International Federations (IFs) and National Olympic Committees (NOCs)" as well as that of Rights Holding Broadcasters and major sponsors.

The IOC has started detailed discussions with the Tokyo 2020 Organising Committee, the Japanese authorities and the Tokyo Metropolitan Government about the worldwide health situation and its impact on the Games, including possible postponement, and is confident discussions will be finalised within the next four weeks.

The Executive Board emphasised, "A cancellation of the Olympic Games Tokyo 2020 would not solve any of the problems or help anybody. Therefore, cancellation is not on the agenda."

He added, "This uncertainty rocks our nerves and raises or strengthens doubts about a positive future; it destroys hope. Some even have to fear for their very existence. This uncertainty stems from the fact that, at this moment, nobody can really make fully reliable statements about the duration of this fight against the virus.

"As successful athletes, you know that we should never give up, even if the chance to succeed appears to be very small. Our commitment to the Olympic Games Tokyo 2020 is based on this experience. It is our experience as athletes that you must always be ready to adapt to new situations. For this reason, we have, as indicated before, been thinking in different scenarios and are adapting them almost day by day.

"I wish, and we all are working for this, that the hope of so many athletes, NOCs and IFs from all five continents have expressed will be fulfilled: that at the end of this dark tunnel we are all going through together, not knowing how long it is, the Olympic flame will be a light at the end of this tunnel."

He said, "The health and well-being of every single person attending is the number one priority and taking this decision is absolutely the right thing to do, considering the unprecedented situation we currently face.

"The next four weeks will provide time to see if the global health situation improves, while giving a window of opportunity to look into different scenarios should the dates of the Games need to be changed." - IPC President Andrew Parsons

He concluded, "As you can imagine, potentially changing the dates of the Olympic and Paralympic Games is a huge logistical challenge, and the IPC will support the IOC every step of the way."

Paralympic Games
The International Olympic Committee announces it will assess the current global health situation and its impact on the @Tokyo2020 Olympic and Paralympic Games, including the scenario of postponement.

IPC support IOC decision over Tokyo 2020
'The next four weeks will provide time to see if the global health situation improves, while giving a window of opportunity to look into different scenarios should the dates of the Games need to be...paralympic.org