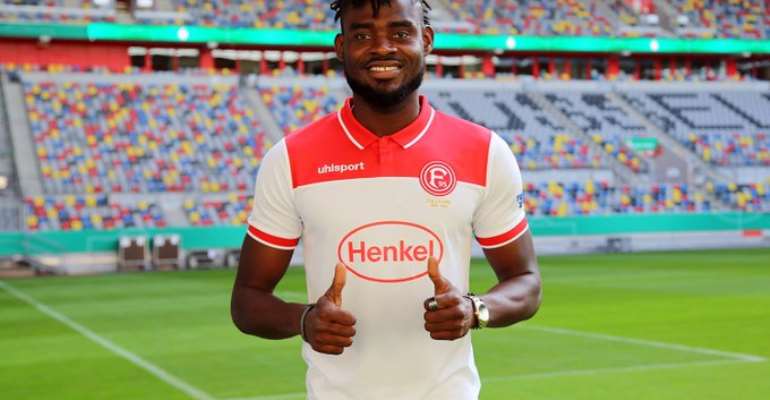 German Bundesliga side, Fortuna Dusseldorf, has rejected an offer to sign Ghana international, Kassim Nuhu Adams on a permanent deal after an unimpressive loan spell.

The 28-year-old defender joined Dusseldorf from TSG Hoffenheim before the start of the 2019/2020 season but failed to impress at the club, ruling out any permanent deal for him by manager Uwe Rösler.

According to Ghanaian online portal Football Made In Ghana, Dusseldorf have completely ruled out signing the former Young Boys Bern and Obuasi Ashgold defender on a permanent basis.

Meanwhile, new Ghana coach Charles Akonnor included the stalwart defender in his 23-man squad for the cancelled 2021 AFCON qualifiers despite playing fewer games at club side.