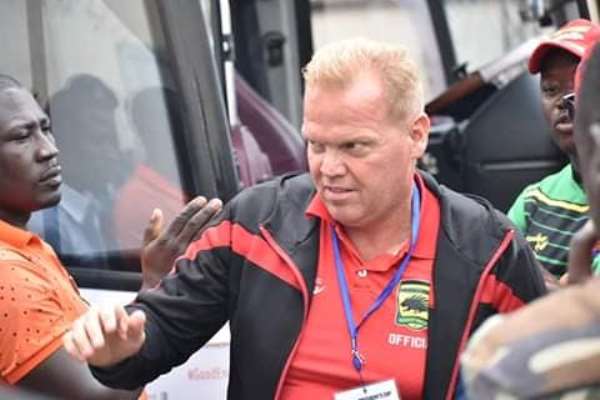 The Porcupine Warriors parted with the Norwegian trainer after failing to get the club into the CAF Champions League and Confederation Cup group stages following the team’s elimination at the preliminary stage.

Dr Kwame Kyei's led administration has been accused of failing to steer the affairs of the club properly since taking over from Samuel Opoku Nti.

Speaking on FOX FM, Zachariassen expressed his displeasure about how the management of the Porcupine family are running the affairs of the club.

The coach, who is currently on a scouting mission in Nigeria believes the current management does not have any idea about running the football.

The former Ashgold gaffer has urged the hierarchy of the club to sack all the management with the exception of Mr George Amoako due to his experience.

Asante Kotoko are currently 4th on the league table with 25 points after 14 matches played thus far.

Meanwhile, the Ghana Football Association has suspended all its competitions with immediate effect until further notice following the directives given by the President of the Republic due to the outbreak of the coronavirus.