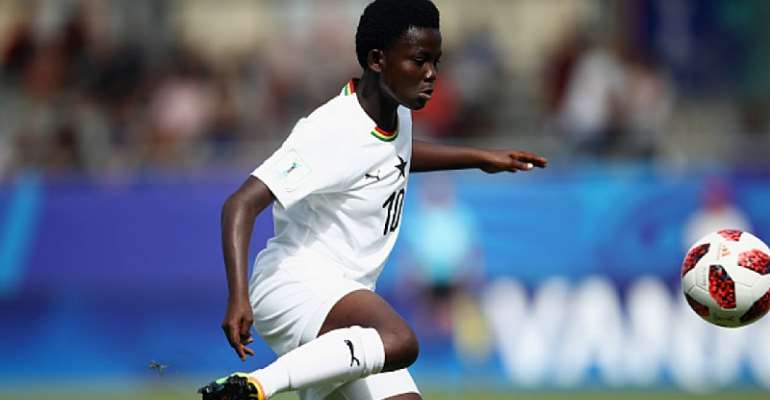 Black Queens coach Mercy Tagoe has reiterated that Ernestina Abambila is still in her plans despite being dropped from the squad for the 2020 Turkish Women's Cup.

The Sporting Huelva forward was not named for the tournament earlier this month, having featured for Ghana at U17 and U20 level, scoring five goals in 21 outings before being promoted to the senior team, where she has only earned two caps so far.

Abambila was a member of the Black Queens team for the third round of the Women's Olympic Games qualifiers against Kenya in October 2019.

Speaking to Goal.com, coach Tagoe revealed she will still need her services in the upcoming 2020 African Women's Cup of Nations.

"I gave her the opportunity the last time during the Olympic qualifiers but she was not too good although not too bad which I considered was due to fatigue, playing a day after joining the team.

"I wanted to give another player a chance because we have so many talents in Ghana to grow our options because we can make use of them at any time. We cannot be focused on a particular player.

"I'm trying to do my best to explore the talents we have and I'm confident we can build a good team for the future."

She joined Spanish side Sporting Huelva from Swedish outfit Assi in the winter transfer window and has made six appearances for the club thus far.

Ghana will have to beat Guinea-Bissau or Gambia in the final qualifying round in June to secure qualification to the 2020 African Women's Cup of Nations later this year.