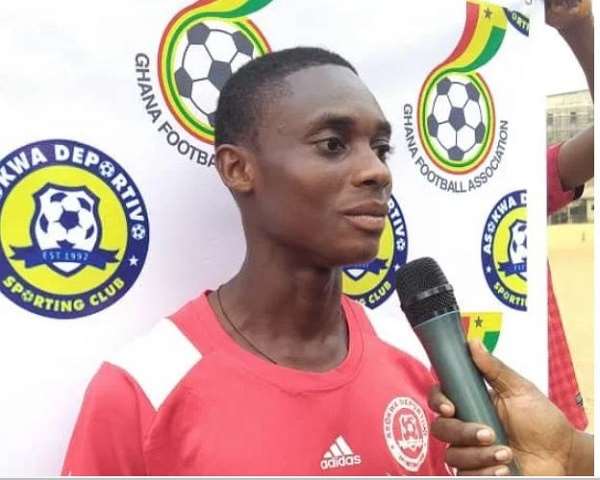 Legon Cities FC is set to rival Hearts of Oak for the signature of highly-rated Emmanuel Osei after officially contacting Asokwa Deportivo.

The prodigy has exhibited fine form for the lower division side since the 2019/2020 season commenced and currently has four goals to his name after making 10 appearances.

As reported by Modernghana Sports last week, Hearts of Oak leads the race to land the signature of the forward.

“Legon Cities have shown interest and they are slightly ahead of Hearts of Oak. Because we responded to Hearts' letter that we are ready to negotiate that's why we are with Hearts but Legon Cities has quoted figures and discussions are being done”, he told Oyerepa FM.

The two capital-based clubs are expected to engage in a tug of bids but Emmanuel Osei likely to opt to join the Rainbow family before the Ghana Premier League resumes.