I Never Said Hearts Of Oak Has Disrespected Me - Bernard Arthur 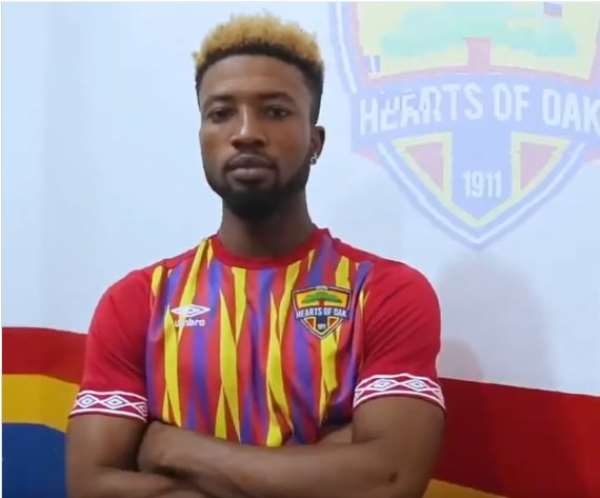 Hearts of Oak forward, Bernard Arthur has denied media reports indicating that he has accused the club of disrespecting him.

The winger joined the Phobians last year during the time of head coach Kim Grant on a 2-year contract before the 2019/2020 Ghana Premier League season commenced.

After 14 matches into the season, he has only made 4 appearances with most of his spells coming as a second-half substitute.

Reports on Monday, March 23, 2020, quoted Bernard Arthur for citing in an interview with Oyerepa FM that he has handed in a transfer request to Hearts of Oak.

According to the interview, he had indicated that he was leaving the club because he feels disrespected for the numerous bench-warming duties.

In a video to counter the reports, Bernard Arthur has rubbished the news while stressing that he cannot say something like that about a big club such as Hearts of Oak.

“I woke up this morning and I read some fake news saying the club disrespected me and all that. No. I never said something like that and it is a fake news. I hope and I plead that the Hearts fans will clear it out of their minds because how will I say a big club like Hearts of Oak has disrespected me? It is not cool so am sorry for the fake news and I never said that on any platform”, the former Liberty Professionals man said.

Watch the full video below.