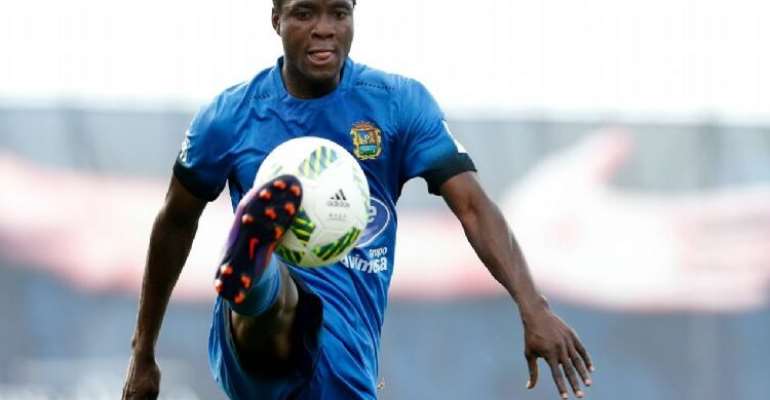 Bechem United winger, Yaw Annor has confirmed that Asante Kotoko has shown interest to secure his services before the transfer window closes.

The management of the Kumasi-based club is bent in bringing in some players to reinforce the team before the suspended Ghana Premier League season resumes.

While they boast of many attacking players, they have identified Yaw Annor as a player whose addition will be of use to their quest to win the top-flight title at the end of the season.

Speaking to Oyerepa FM on the back of reports linking him with a move away from Bechem United, Yaw Annor said: “Yes it is true Kotoko has shown interest but I have left everything to my club”.

The former CF Fuenlabrada attacker further indicated that Kotoko is a club he will be happy to play for and hence he hopes negotiations between the two clubs go well.

“I am a player and should all go well, I will gladly join them. I am very sure I can secure a starting spot should I join them. The ball is now in the court of Bechem and Kotoko”, he said.

In the ongoing 2019/2020 Ghana Premier League season, Yaw Annor has made 13 appearances but is yet to hit the back of the net.

Fuel price increases: Akufo-Addo, Bawumia callous about the ...
24 minutes ago

Cape Coast Airport will be constructed at all cost - Akufo-A...
24 minutes ago