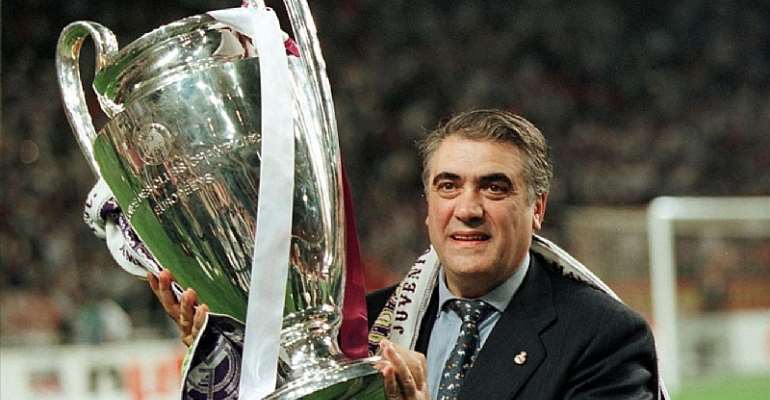 The former Real president was taken to hospital on Tuesday, with newspaper El Mundo saying he had been suffering from the novel coronavirus. His son said he had a respiratory disease.

Sanz presided over the club between 1995 and 2000, in which they won two Champions League titles and one La Liga crown among other trophies.

Their 1998 Champions League triumph was the first time they had won Europe's top prize, which they have lifted a record 13 times, in 32 years.

"My father has just passed away. He didn't deserve it to end this way. One of the most brave and hard-working people who I have known in my life has left us," Lorenzo Sanz Jr. said on Twitter.

Sanz would be succeeded by Florentino Perez as Real Madrid president, and the club confirmed their former president's death in a statement on their website.

"Real Madrid CF, its president and the Board of Directors regret with great consternation the death of Lorenzo Sanz, who was president of Real Madrid from 1995 to 2000," began the statement.

" They also want to express their deepest condolences and all their affection and affection for his wife. Mari Luz, her children, Lorenzo, Francisco, Fernando, María Luz (Malula) and Diana, and their family and friends. Condolences that also extend to all Real Madrid."

"During the Lorenzo Sanz presidency, Real Madrid continued to enhance its history and legend. He was the president with whom the long-awaited seventh European Cup in Amsterdam in 1998 was won 32 years later.

"With Lorenzo Sanz as president of Real Madrid, the club won two European Cups as well as an Intercontinental Cup, a League, a Spanish Super Cup, a basketball League and a European Cup Winners' Cup.

"Today, Real Madrid is mourning the loss of a president who dedicated a large part of his life to his great passion: Real Madrid.

"Given the current circumstances, Real Madrid will pay him the recognition he deserves as soon as possible."