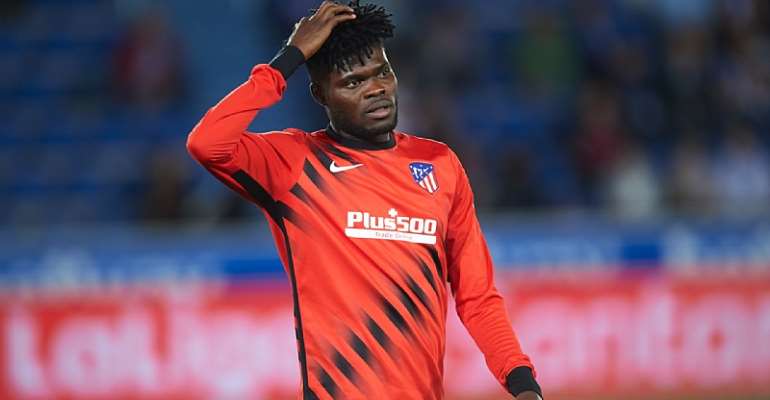 According to Goal, the deal could see the 27-year-old's buy-out clause rise to £92million.

The report states Partey is in line to take home an annual pay packet of around £4.1m, a big increase on his current salary.

Partey’s current contract which expires in 2023 has a release clause of just £42m, but the Spanish club are looking to tie down his future for the long term.

The Spanish La Liga side are aware that the midfielder’s current cut-price fee is popping up on the radar of other European clubs, which will prompt them to take swift action.

Both Arsenal and Manchester United have been linked with the talented offensive midfielder, but may be put off by a higher fee.

The club acknowledge that the current terms of his contract are outdated relative to his importance to the team, making 24 La Liga appearances so far this season.

Partey has been sensational for the club and was pivotal in both legs of Atletico’s Champions League win over Liverpool, which secured their place in the quarter-finals of the competition.

Diego Simeone is also keen to hold onto Partey, who came through the Spanish side’s academy.

The club are also happy with his attitude throughout the contract negotiations and are confident they can offer a deal the player will be willing to accept.