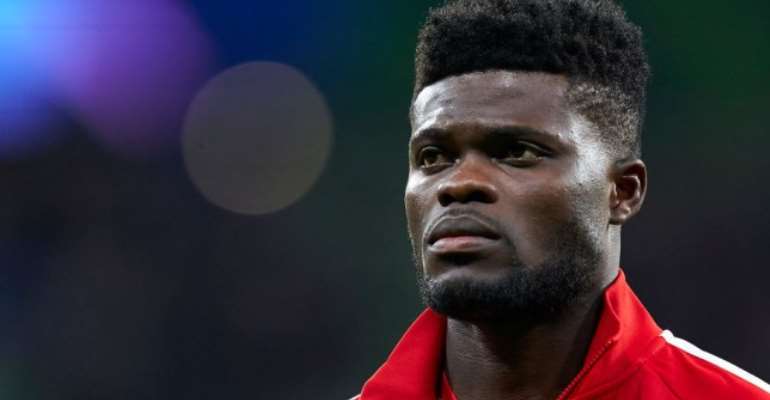 Goal profile the continent’s stars in Spain who have the qualities to thrive in the English top flight.

News that Atletico Madrid are looking to raise Thomas Partey's release clause has only served to fuel rumours that the Ghana midfielder is Premier League-bound this year.

The midfield powerhouse has reportedly attracted interest from Arsenal, although he's not the only La Liga star who could make a big impact in the English top flight.

In this feature, we introduce Partey and four more Spain-based stars who could be immediate success stories in the Premier League.

The popularity of the Atletico Madrid midfielder has grown in the last 12 months, with many becoming even more aware of his quality.

Partey’s line-breaking passing is impressive while his composure on the ball is greatly underrated.

Furthermore, he’s not against getting involved in the uglier stuff as well and makes 2.1 tackles per game while having 1.4 interceptions per match.

The Ghana international has also won 63 percent of his duels and has the physical attributes and technical ability to thrive in the Premier League if he does make the switch, with Arsenal reportedly keen on his services.

The Villarreal man has suffered a lull since November, but he’s got the pace, skill and ability to thrive in the English game.

While he's still rough around the edges on occasion, this doesn't overshadow his overwhelming qualities.

Chukwueze’s improvement in individual battles from last season to now is impressive too: in 2018/19, he won just 42 percent of his total duels, but that figure has risen to 54 percent this season.

The 20-year-old isn’t the complete player but he’s still an improving one, and that upward curve coupled with his ability means he’d likely thrive in the English game.

En-Nesyri’s strength is probably his greatest asset, which could well make him a natural fit for the English game.

In addition, he’s versatile and can play out wide either side of a striker, making him a valuable player for coaches who like to adapt their formations and tactics to the opposition.

The Sevilla frontman also has decent positioning in the box, while his pace and acceleration mean he can beat the offside trap, get in behind, and score different types of goals.

He may have been let go by Chelsea permanently last summer, but Omeruo has come on leaps and bounds in two years at Leganes.

He was arguably their best defender last season, and while this term’s been more challenging, he’s still churning out encouraging weekly performances for the Cucumber Growers.

His no-nonsense defending, which has seen him post the highest clearances per game (5.3) in La Liga, will be valued by many sides in the England’s top competition.

The Nigerian centre-back also wins 65 percent of his total duels, and is rarely bullied by opponents.

The Getafe defender has played a large part in Jose Bordalas’ troops’ amazing season, which could yet see them end in the Champions League positions.

Djene is third-highest for accurate long passes per game for the fifth-placed side, while he’s second in interceptions per match with 2.3.

In addition, the centre-back is second in the team for clearances made per game (2.9) and that uncompromising style has played a part in 11 clean sheets for Getafe this season