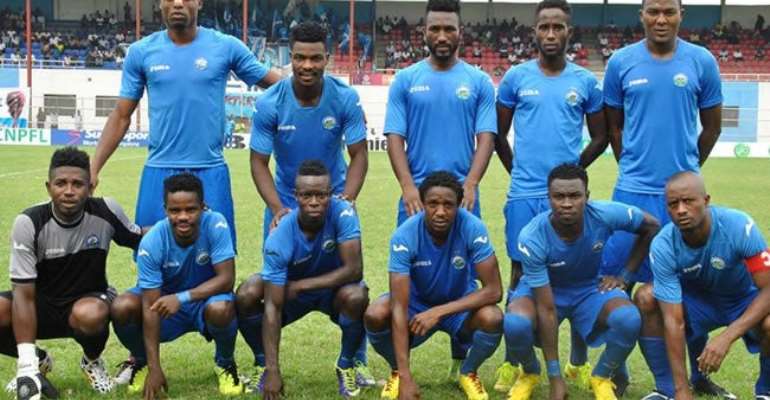 Eight-time Nigerian champions Enyimba were the victims of an armed attack on their team bus as they returned home following Thursday’s NPFL victory over Adamawa United.

No players were seriously injured in the attack, as the bus sped off before the assailants could gain access, but some of the travelling party sustained injuries.

The People’s Elephant were making the 830km journey back to Aba following their 2-0 victory in Gombe in the 25th matchday of the domestic league, which has now been suspended due to the coronavirus pandemic.

The attack took place at approximately 19:45 local time in Okigwe, Imo State, along the Enugu-Okigwe-Umuahia Expressway.

“I was not there, but from what I was briefed, they ran into an attack around Okigwe and robbers smashed their bus glass and it scattered and injured a player inside the bus,” club chairman Felix Anyansi-Agwu told Punch. “They are safe, they are back in Aba.

“The person that the glass affected had some bruises and was bleeding.”

According to a video shared on social media by defender Ifeanyi Anaemena and filmed in the immediate aftermath of the attack, Cyril Olisema, who netted in the victory over Adamawa United, appears to have suffered cuts to his head and leg.

Enyimba staff have subsequently confirmed to Goal that all players are faring well.

The People’s Elephant were themselves victims of an earlier attack on their team bus in 2016, while another NPFL side, Ifeanyi Ubah, suffered a similar assault in late 2019.

Treason trial: Bomb the ministry for transmission to go off ...
54 seconds ago

Kumasi: Lady denied recruitment into GNFS because of stretch...
54 seconds ago