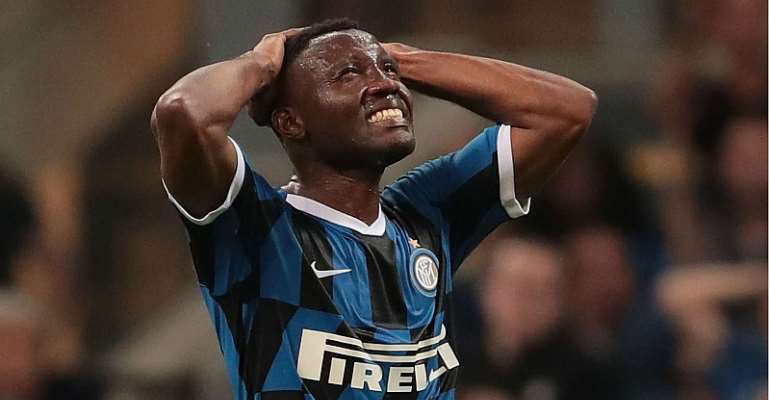 The coronavirus pandemic has brought world football to its knees, as the sport has been brought to a standstill in a bid to avoid spreading Covid-19.

While the suspension represents bad news to players and fans of the beautiful game, could it actually benefit some of the sports' stars?

Here are five African All-Stars who may well be able to take advantage of the 'break-in play' to come back stronger.

The Internazionale wing-back has had a wretched season, with injuries preventing him from making more appearances as Antonio Conte’s side chase the Scudetto.

Asamoah was one of the first names on the team sheet before knee problems began in late October.

This led to Conte signing Ashley Young and Cristiano Biraghi on loan in January, and the Ghanaian has struggled for gametime since.

The enforced break allows Asamoah to work his way back to fitness in order to make a late push to reclaim his place in Inter’s starting line-up if the season does eventually resume in virus-struck Italy.

Iwobi hasn’t featured in Carlo Ancelotti’s Everton plans as much as he’d have liked since his return from injury in January.

The attacking midfielder has only played twice – in 3-2 defeats by Watford and old side Arsenal – in that time while being stuck to the bench for games against Crystal Palace, Manchester United and Chelsea.

With only 125 minutes of action since the turn of the year, the Nigerian playmaker likely needed the ongoing hiatus as he wasn’t getting ample time on the pitch anyway.

Whether it’s a fitness thing or just Ancelotti’s preference for other personnel, Iwobi could get a fresh start when the Toffees return to league action.

The Southampton wideman lost his mother in late February and was understandably shaken by the personal tragedy.

Despite that, he returned to action barely a week later in the Saints’ game against Newcastle United on March 7 at St Mary’s Stadium.

Unfortunately for the 21-year-old, he didn't look himself and received his marching orders 28 minutes into the encounter, which left his teammates in the lurch for the remainder of the game as it ended 1-0 to the visitors.

The current pause gives him time to grieve and get back into the right headspace before the Premier League’s possible resumption in late April.

After an amazing breakout season, the Villarreal winger’s form has plummeted in recent months, leading to his removal from Javier Calleja’s starting line-up.

Chukwueze hasn’t scored in La Liga since November 24 (a 3-1 defeat by Celta Vigo), in a drought that currently stands at 13 games.

The Nigeria international has lost his place in the Yellow Submarine’s XI as a consequence, with Calleja favouring Gerard Moreno, naturally a striker, on the right-wing.

While the Spanish top flight’s suspension may have been as a result of unfortunate events, it allows Chukwueze reflect on his recent slump and find ways to turn his luck around.

Monaco’s form before Ligue 1’s suspension saw them fail to win three games in succession, consequently seeing them slide down the table to ninth.

Balde only featured in one of those games, for 66 minutes against Stade de Reims, while being confined to the bench against OGC Nice and Dijon.

Prior to the aforementioned games, the Senegal forward was in and out of the side too and often struggled to make any telling impact in games for Robert Moreno’s side.

His last league goal came against Lille in December while his last goals of any kind was a brace against minnows Saint-Pryve Saint Hilaire in January.

The attacker may prove to be a beneficiary of the enforced hiatus as it allows him recharge his batteries and hopefully return to form in the campaign’s closing gameweeks (if the season eventually resumes).