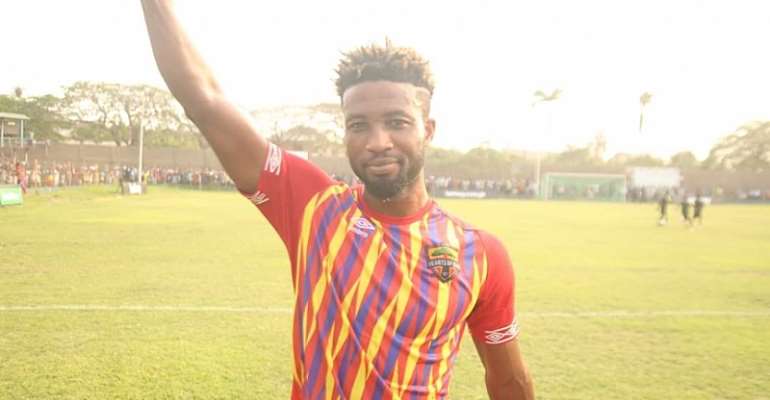 Accra Great Olympics is close to completing the signing of Hearts of Oak winger Bernard Arthur, Modernghana Sports can report.

The Dade Boys despite being inconsistent this season have been able to climb to a fairly good position on the standings of the Ghana Premier League.

They sit 10th on the table after winning 6, drawing 2, and losing 7 matches from 15 matches. It is a spell the management of Great Olympics believes they can better and have hence decided to get busy in the transfer window.

They have been in negotiations with Hearts of Oak attacker Bernard Arthur and are now on the brink of wrapping up his signing.

Great Olympics is hoping his acquisition will add additional quality to their attacking department to help them win more games when the Ghana Premier League resumes.

Bernard Arthur joined Hearts of Oak after returning to Ghana in 2019 when his spell with Algerian top-flight side AS Aïn M'lila came to a close.

He has scored one goal for the Phobians this season but has gone down the pecking order in the team’s squad, forcing him to watch on from the stands in most matches.