Sulley Muntari Does The Talking On The Pitch - Asamoah Gyan 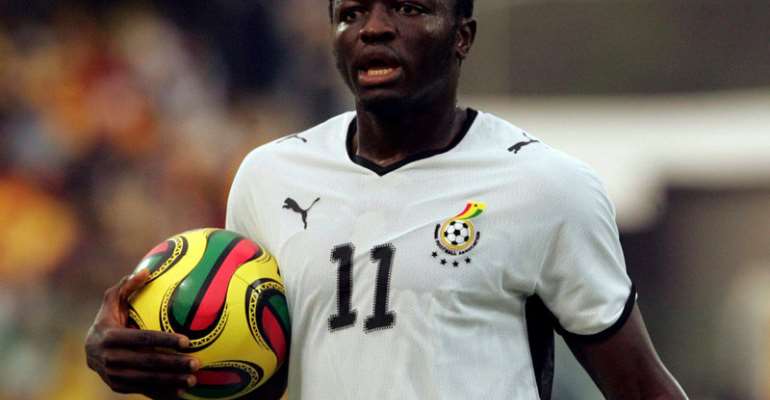 Gyan described the former Inter Milan and AC Milan midfield enforcer, saying he does his talking on the field of play, meaning he is very effective as a player than what he does outside the field of play.

Meanwhile, Asamoah Gyan named Michael Essien as the greatest player that he has ever played with at both club and country

“The best player I have ever played with is Michael Essien,” Asamoah Gyan told Pulse Ghana in an exclusive interview.

“Aside Essien the two other great players that I have played with are Laryea Kingston and Sulley Muntari,” he added.

“I always knew 98% that I would score when I played around Laryea Kingston and Sulley Muntari because they would always put the ball before you to score".

The 34-year-old played for many clubs outside the shores of Ghana such as Udinese, Rennes, Sunderland, Al Ain, Shanghai SIPG, Al Ahly, etc.

Gyan now plies his trade with NorthEast United in the Indian topflight league.