It Would Be An Honour To Play For Kotoko, Says Ashantigold Midfielder Latif Anabila 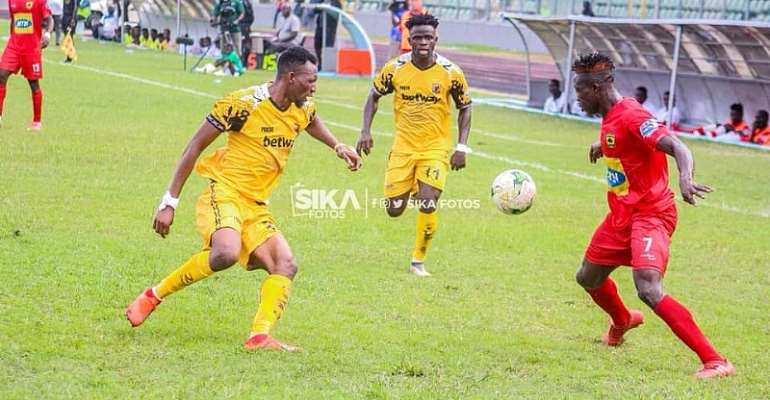 Ashantigold SC midfielder, Abdul Latif Anabila reiterated that it would be an honour to play for Asante Kotoko.

The Black Stars ‘B’ midfielder is currently being chased by the Porcupine Warriors as head coach Maxwell Konadu looks set to revamp his squad in the second transfer market of the 2019/2020 Ghana Premier League.

Koandu, who worked with the intelligent midfield jewel during the 2020 CHAN tournament qualifiers and also at the 2019 WAU Championship in Senegal believes his addition to the club’s current squad would please the supporters with his superlative performance.

The player seems to be already geared up for the big challenge at Kotoko and says he would be a great honour to work with Maxwell Konadu.

“I have a running contract with Ashantigold hence the ongoing negotiations between the two clubs. I am waiting for the response from the management after the negotiations,” he told KUMASI FM.

“AsantKotoko is one of the biggest clubs in Africa and Ghana. It is an honour hearing they need my services, it will be a big step in my career playing for them. I must admit it’s an exciting moment for me and everyone at Ashgold,” he added