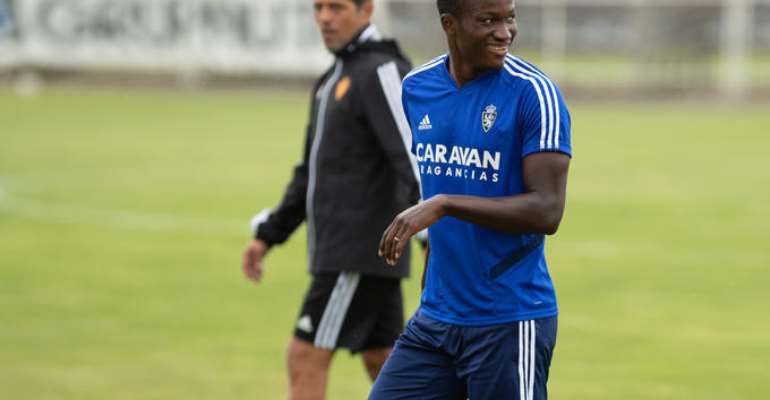 The device has been implanted for the treatment of life-threatening arrhythmias and prevention of sudden death while playing the game.

Dwamena, 24, has been working in the gym under the guidance trainer Javier Chocarro and the recuperator Andrés Ubieto.

The Ghana international is under 24-hour medical surveillance as he battles to get his career back on track.

The 24-year-old was ruled out of action indefinitely after being diagnosed with a pulmonary condition last year October and underwent a successful operation at the Miguel Servet University Hospital in Zaragoza.

The condition causes an irregular and fast heart rate and can result in dizziness, shortness of breath and tiredness.

GHANAsoccernet.com exclusively reported that the Ghana international is considering going under the knife to get his footballing career back on track.

It is the second major health scare that Dwamena has suffered in his professional career.

It will be recalled that in August 2017, his then club FC Zürich had agreed a £10 million fee with English Premier League club Brighton & Hove Albion for the transfer of Dwamena.

He was set to join Brighton subject to passing a medical, obtaining a work permit and international clearance, however, the deal fell through after Dwamena reportedly failed his medical due to a heart condition. He instead, remained an FC Zürich player.

At the time, FC Zürich maintained that the deviation detected “has been judged as being neither harmful to health nor compromising the performance of a top athlete”.

He later joined La Liga side Levante UD in August 2018 before he was loaned out to Zaragoza for one year in July last year.