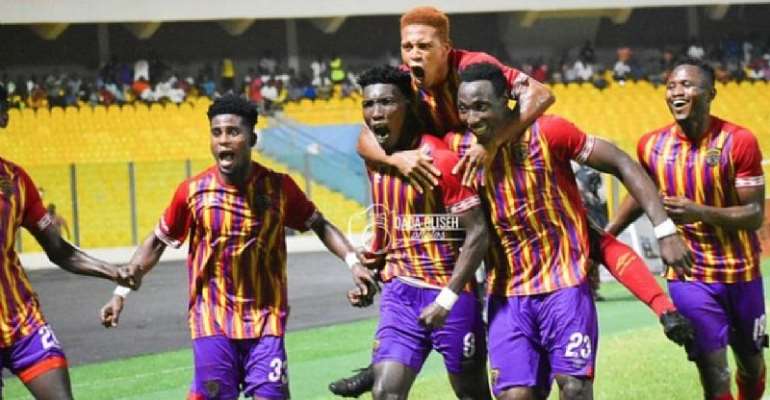 Ghana Premier League side, Hearts of Oak are set to be docked six points after fielding an unqualified player, [Emmanuel Nettey] in their Premier League match against Elmina Sharks.

The midfielder is said to have accumulated three yellow cards prior to the side's 1-1 stalemate against Sharks where he featured prominently.

Nettey received his first caution against AshantiGold at home on matchday 8 on February 6 before picking a second against Bechem United on matchday 10 on February 16 in Accra and his third was recorded against Karela United at the Akoon Park in Tarkwa on February 19, 2020.

He sat out of the side's 2-0 win over Danbort FC in the FA Cup on February 23 and returned to the pitch against Elmina Sharks on March 1.

The decision to field him against the Fearsome Sharks is in sharp contrast to the controversial amended regulations of the Ghana FA which clearly stipulates that "Cautions received during one competition are not carried over another competition''.

In accordance with 33(1)(e) and 33 (2) of the Premier League Regulations, Hearts will lose the match and accordingly, three(3) points and three (3) goals awarded Elmina Sharks.

Hearts will further lose three (3) points from its accumulated 21 points from previous matches in accordance with Article 33(5) (a) of the Premier League Regulations.

This will leave them with 15 points and see them drop to 15th position.