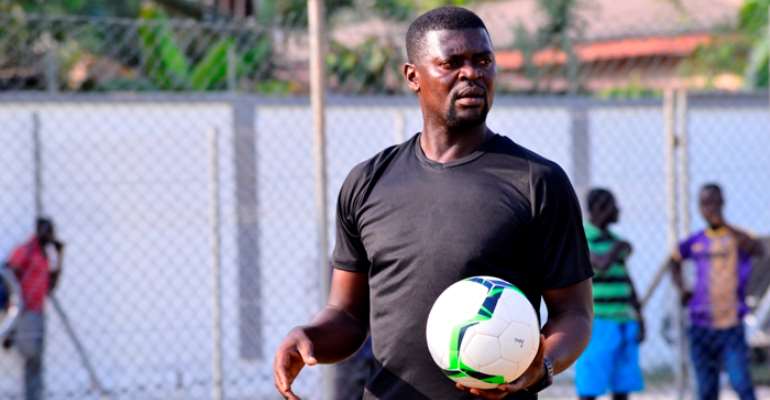 Head coach for Medeama Sporting Club (SC), Samuel Boadu has backed the decision to suspend the Ghana Premier League despite admitting that it has affected the plans of the team.

The Tarkwa-based club has been a force to reckon with in the 2019/2020 top-flight season and sits top of the table after matchday 15 even though they face point deduction.

Due to the Coronavirus (COVID) pandemic, the Ghana FA has suspended the Premier League to go in line with the government’s directive suspending all public gatherings including sporting activities for the next four weeks.

Speaking to Kumasi FM on the back of the halting of the league, Coach Samuel Boadu said: “The suspension of the league has destroyed all our plans for the league, we are in a very good form but human life is the most important thing”.

He added, “We believe the Lord will do greater things with Medeama in the next five to six years. The technical team will meet with the management and the players to know the next line of action as to break the team or not”.

It is expected that the imminent points deduction from Medeama SC will force the team to vacant the summit of the Ghana Premier League when it returns after a month.

No machinations will break ordained Alan as NPP choice for 2...
1 hour ago