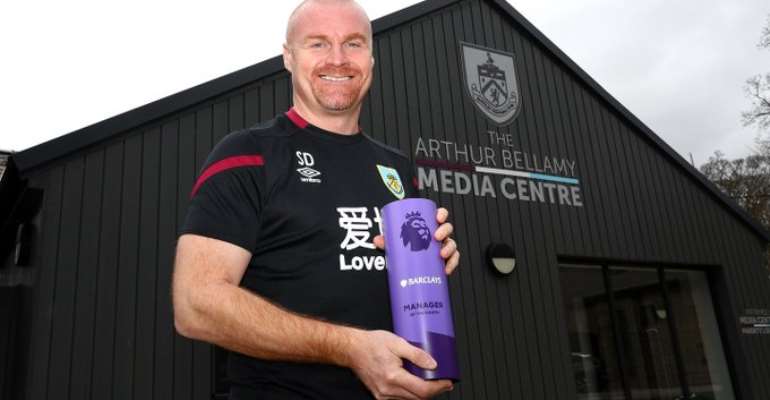 Burnley were unbeaten in February with wins over Southampton and Bournemouth and draws against Arsenal and Newcastle United. Dyche's side kept three clean sheets in that run, conceding only one goal as they moved up to 10th in the standings.

"The most important of the four results was probably Southampton," Dyche said. "They were on a good run and we lost a player in Woody (Chris Wood) early on, put Vyds (Matej Vydra) on and it paid off."

Vydra scored his first goal of the season, a stunning second-half strike, that proved to be the winner against the Saints last month.

"The Premier League is unforgiving," Dyche added. "It's not a case of not enjoying the moments but I reflect on them and then park them pretty quickly.

"I'm always looking at the end of the season, where you finish, and not the journey within it. But I do enjoy it more than people think."

Burnley are four points behind seventh-placed Sheffield United and are in the running to qualify for the Europa League next season.

However, the Premier League has been suspended until April 4 due to the coronavirus pandemic which has led to an unprecedented shutdown of world sport.