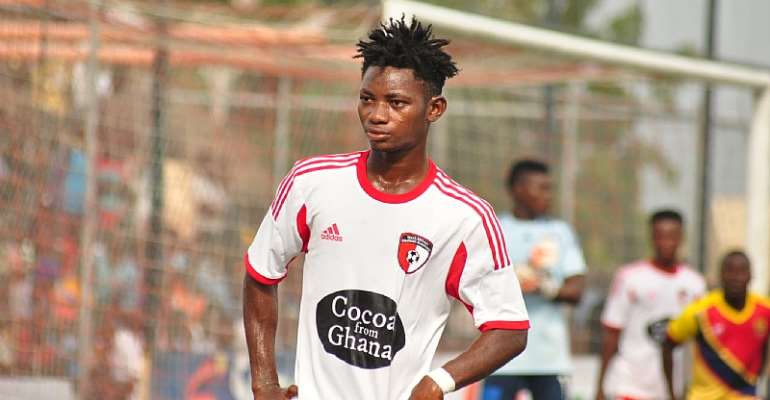 Ghana Premier League giants Kumasi Asante Kotoko is said to be interested in the services of highly-rated midfielder Gideon Waja.

Information reaching Modernghana Sports has revealed that the Porcupine Warriors have decided to strengthen their squad and have identified the former WAFA man as the player with the needed qualities.

In the ongoing Ghana Premier League season, the Reds have played 14 matches and sit 4th on the standings of the division. With a game to spare, the Kumasi-based club could move to second if they win their outstanding clash against Inter Allies.

While Kotoko waits for the return of the league following its suspension due to the Coronavirus, they have stepped into the transfer market to bring in reinforcements.

They are understood to have contacted the agent of Gideon Waja and hope to secure his signature in time to ensure he joins them for the second round of the Ghana Premier League.

Gideon Waja, 23, last played for American second-tier club Toronto FC II but is now in the country training with WAFA.

Anti-gay bill : Tell foreign missions if they provoke us we'...
4 minutes ago