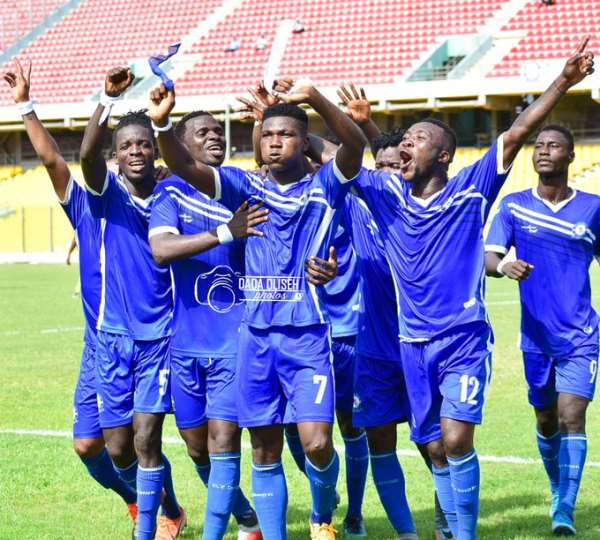 Great Olympics have recorded an important 2-1 win against Liberty Professionals at the Accra Sports Stadium to ensure they recovered from their disappointing 4-0 loss to Hearts of Oak in midweek.

The capital-based clubs locked horns today to battle for 3 points on Matchday 15 of the ongoing 2019/2020 Ghana Premier League season. At the end of a pulsating encounter, it is the Dade Boys who have reigned supreme.

The Accra-based club opened the scoring on the 24th minute when Maxwell Quaye hit the back of the net with his effort from close range. In the final minutes of the first half, Liberty Professionals drew level through Elvis Kyei Baffour who scored from the penalty spot.

A ding dong affair ensued in the second half and looked like the match will eventually end in a stalemate until the 84th minute when Maxwell Quaye scored again to complete his brace.

The midfielder who captain the Dade Boys for the day fired an unstoppable shot from outside the 18-area of the opponent and managed to find the back of the net.

That equalizer wrapped things up for Olympics who held on for the remaining minutes to ensure they run away with all 3 points.