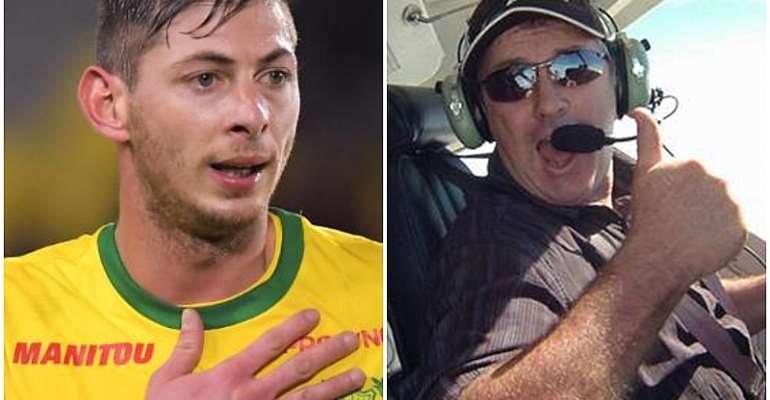 The pilot of the plane that crashed killing footballer Emiliano Sala was not licensed to fly the aircraft, a report has found.

Sala, 28, and pilot David Ibbotson died in the crash in the English Channel, two days after the Argentine signed for Cardiff City in January 2019.

The Air Accidents Investigation Branch published its findings on Friday.

It said Sala would have been "deeply unconscious" from carbon monoxide poisoning at the time.

Chief Inspector of Air Accidents Crispin Orr said it had been a "long and complex" investigation, and the Civil Aviation Authority (CAA) was probing whether had been breaches of the Air Navigation Order.

The Sala family said they were "grateful" the report had been published but said it left "many questions" to be answered at the upcoming inquest.

"It is crucial that the information held by the police and which went into compiling this report now be made available to the coroner and in turn to the family," they added in a statement.

They said they "remain distraught by their loss" but were determined to "find the full truth of how and why he died".

Cardiff City FC said the club was "encouraged to read that the CAA is determined to tackle illegal activities by pursuing those involved".

Sala was travelling from Nantes, in France, to Cardiff on 21 January 2019, when the single-engine Piper Malibu N264DB aircraft in which he was travelling lost contact with air traffic control north of Guernsey.

Mr Ibbotson lost control of the plane while descending to avoid cloud and he was probably also affected by carbon monoxide, the Air Accidents Investigation Branch (AAIB) concluded.

The plane began to break up in mid-air as the pilot tried to regain control, investigators found.

His efforts to pull up from its final dive caused the tail fin and then the outer edges of both wings to shear off before it hit the sea near Guernsey at an estimated 270mph (434kph). 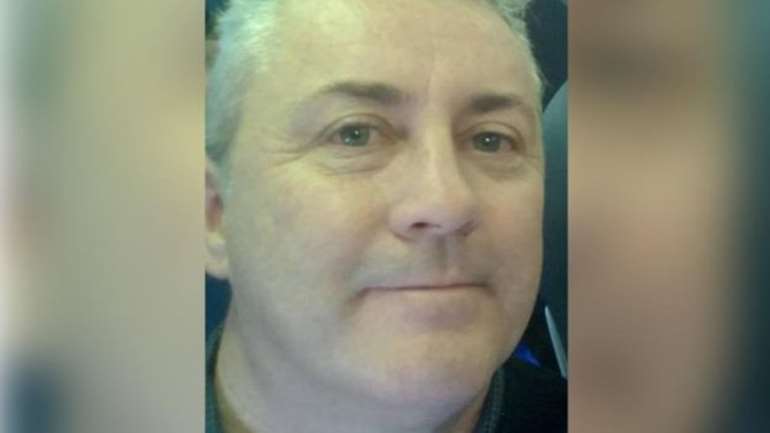 Image caption David Ibbotson's body has not been found

The AAIB report found Mr Ibbotson, 59, of Crowle in North Lincolnshire, was not qualified to fly at night and was inexperienced at using the plane's instruments, rather than flying by sight.

His rating for that type of aircraft had expired in November 2018, invalidating his licence for flying that plane.

"Significant evidence" was found that Mr Ibbotson had been expecting to be paid for the flight, despite not being licensed to carry passengers.

The investigation concluded that "neither the plane nor the pilot had the required licences or permissions to operate commercially".

The plane's autopilot had been diagnosed as having an intermittent fault and should have been labelled "inoperative".

Sala was heading to his first training session with Cardiff City since signing for them in a £15m deal.

A voice message to close friends in Argentina, in which he says, "I'm in a plane that seems to be falling apart," and ending, "I'm scared," was sent while the plane was taxiing on the runway.

The plane took off from Nantes Atlantique Airport at 19:15 GMT on 21 January.

It disappeared from radar 22 nautical miles north of Guernsey around an hour later. 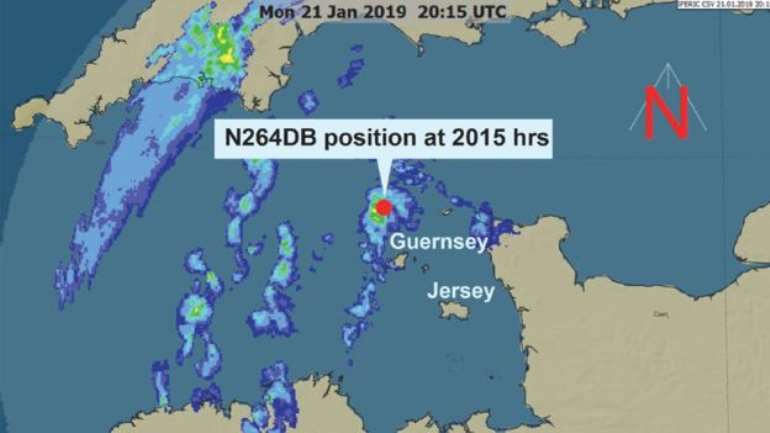 Image caption The final radar trace of the aircraft was recorded at 2016:34 hours

Sala's body was found in the plane wreckage on the seabed in early February. A post-mortem examination found he died from head and trunk injuries.

Mr Ibbotson's body has never been found.
Dave Edwards, chief executive of the Air Charter Association, said of the findings: "This flight was clearly an illegal charter, something we've said for a long time needs to stop.

"I think what's most sad is that there were probably about seven opportunities throughout the sequence where this flight could have stopped, and in a commercial environment it would have stopped, but in this case it just carried on through those levels until the ultimate moment of impact.

"Everything that could go wrong sadly did go wrong."

Radar and simulator evidence, photographs and video footage of the wreckage enabled investigators to piece together its trajectory in the four-and-a-half minutes between the pilot's final contact with air traffic control and the moment when it crashed. 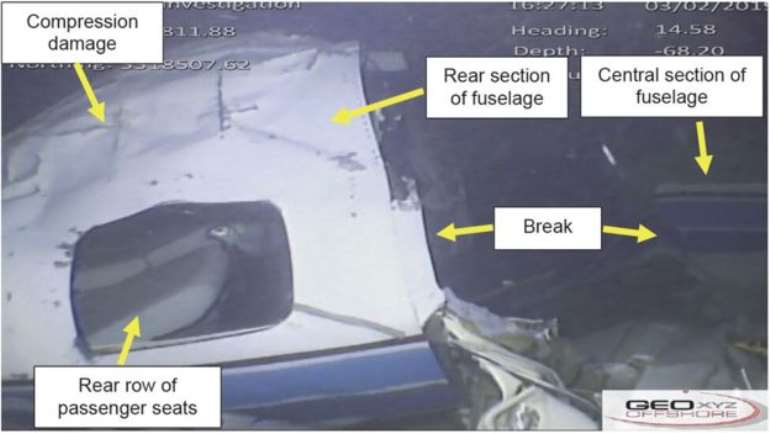 They believe carbon monoxide (CO) was leaking into the cabin through the plane's heating system from the exhaust.

Toxicology tests on Sala's blood found sufficient levels to cause a seizure, heart attack or unconsciousness."The pathologist considered he would almost certainly have been deeply unconscious at impact," the report states.

But it is thought Mr Ibbotson was still conscious and flying the plane in the final moments of the flight.

The AAIB's report includes a number of recommendations for aviation regulatory bodies, including a call for audible CO detectors to be fitted in all planes.

A pre-inquest review is scheduled to be held at Bournemouth Coroner's Court on Monday.