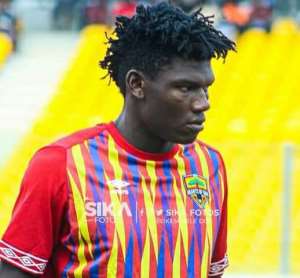 Drawn in Group I of the qualifiers to the 2021 Africa Cup of Nations (AFCON) tournament, the Red Devils face competition from Senegal, Guinea Bissau, as well as Eswatini.

Scheduled to face Eswatini in a double-header encounter in the qualifiers later this month, Congo head coach Candido Valdo has named his 23-man squad.

The squad includes Raddy Ovouka of Hearts of Oak who is enjoying an outstanding campaign in the Ghana Premier League.

In a Tweet from the Phobians today, they have confirmed the maiden call-up of the left-back while congratulating him.