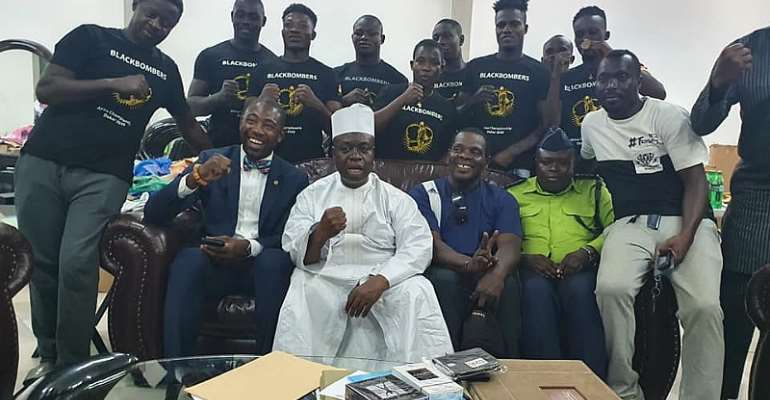 In an exclusive interview with Your Truly, he promised a fantastic package for the boxers if they win any medal at the Games.

He said Ghana has a history of winning a boxing medal as the nation won a medal via boxing in 1964.

According to Mr Ammah who is a keen sports fan and businessman, the Black Bombers can do better with a little support.

He also commended the technical direction of the team led by coach Ofori Asare and management presided by Mr George Lamptey.

Mr Ammah was however worried about the coronavirus that is affecting sporting events and wondered what can be done to save the 2020 Olympic Games and the sportspeople of the world.

He also thanked the Ghana Olympic Committee (GOC) for supporting the Black Bombers with cash and motivational words.

Meanwhile, the Black Bombers have paid a courtesy call on Alhaji Inusah who funded part of their trip to the Olympic Qualifier in Senegal to show appreciation and present to him the qualified boxers and their medals.

Samual Takyi and Suleman Tetteh have so far qualified to the Tokyo Olympic Games.