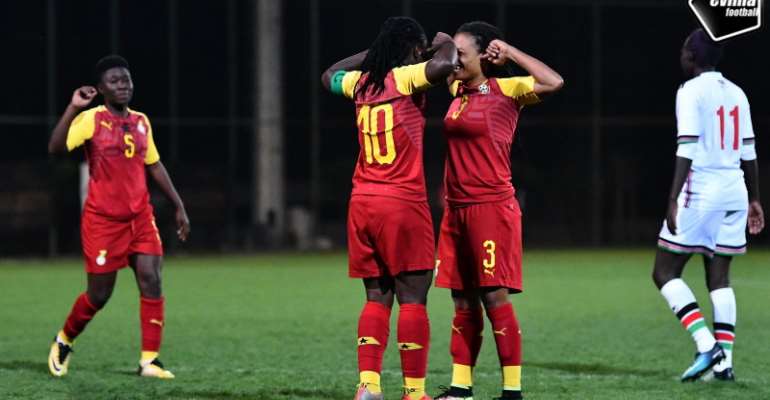 After enjoying a successful spell at this year’s Turkish Women’s Cup tournament, the Black Queens of Ghana are calling on the Ghana Football Association (GFA) to get them to participate in more international invitational tournaments.

The team was part of 8 selected countries that featured in the 2020 edition of the Turkish Women’s Cup.

During the tournament, Ghana lost 3-0 to Chile in their opening match before recovering to hand Northern Ireland a 4-0 defeat in the next match.

The Queens built on that win to ensure they beat Kenya 3-0 in the final group game of the tournament.

Speaking in an interview with the communications team of the Ghana FA, Black Queens captain Elizabeth Addo has stressed on the importance of such tournaments for the team while calling for more.

“I think this tournament is so important for us because it makes us know the level of football we are playing and also know the difference between us and other foreign teams.

“This tournament, first of all, has helped us and we hope it will continue to elevate the team”, she said.

Adding her voice to the call, goalkeeper Fafali Dumehasi also said: “The tournament was very important and we will be glad to have subsequent ones like this. This will help us because playing leagues at home keeps us fit and it’s good for us but playing outside tournaments is very different.

“So these types of tournaments and friendly games help to grow and make the team stronger for future championships.”