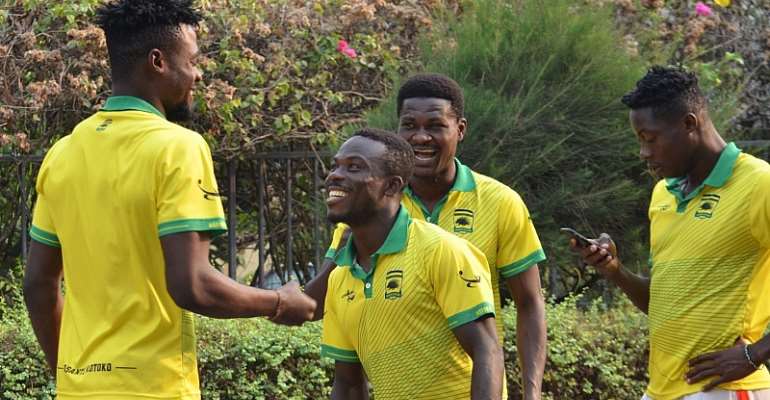 “Accra is Bae” wrote an enthusiastic Kotoko fan on a WhatsApp platform when the team recently rallied from a goal down to beat Bechem United on matchday 12 of the 2019/20 Ghana Premier League. For those who do not know, "Bae," according to the Urban Dictionary, “Is an acronym that stands for "before anyone else," or a shortened version of Babe. Bae is used to describe someone you love. It is mostly seen in social media chats.

So, when this excited fan wrote that: “Accra is Bae” after our impressive 3-1 win over Bechem United at our newly adopted home, the Accra Sports Stadium, he was only referencing his love and happiness over the team’s triumph in Accra. Some fans hold that, the Baba Yara Sports Stadium, our natural habitat tends to be a hostile environment for the players thus making it difficult for them to perform there. The argument is that our fans in Kumasi exert undue pressure on the team and this creates tension which negatively impacts on performance.

Sports Psychologist, Dr Patrick Ofori, a year ago, had this to say: "The main reason Kotoko perform better away than home is the home disadvantage," said Dr Ofori in an interview with Oyerepa FM. "I call it home disadvantage” he stated. “The pressure is unnecessary, the supporters should allow the players and coach to settle, and the expectations are too much”.

Kotoko have an inseparable tie with Kumasi. The soul of the club is in Kumasi. Nothing can change that. It is also an undeniable fact, however, that, the team plays better in Accra. This season, in three Accra matches; Legon Cities, Hearts of Oak and Bechem United; we won all, scored eight goals and conceded three. The notion is that, had these matches been in Kumasi, we would have struggled and possibly lost, a view some of the players are reluctant to dismiss.

“Records show that we always perform well in Accra. It is a step in a right direction that, we are playing our home games in Accra for the meantime” says Gyamfi, who is not alone with that opinion. Midfielder, Adom Frimpong wants more wins in Accra. "It has been a good run in Accra. I can only wish that it continues. It has been exciting playing in Accra. I will be happy if we have that ecstatic post-match reaction from the [Accra fans]”.

The team drew twice, won once and lost in Kumasi before renovation works forced the closure of the Baba Yara Sports Stadium. On whether he prefers playing in Accra to Kumasi, Adom Frimpong replied in the negative but he relishes the good fortunes in Accra. "We had not fared well in Kumasi before the stadium was closed but that does not mean I do not like to play there. Our supporters in Accra always serve us well. We are enjoying our time in Accra" he adds.

It is on the back of this feeling that fans await the team for three matches in Accra starting this evening with the Elmina Sharks encounter, which is a home game. After that will be an away duel with Inter Allies before the date with Great Olympics. Our spokesman, Kennedy Boakye Ansah, believes everywhere is home for Kotoko but like many of the diehard fans, he was not too pleased that the team had to move home matches to Accra. He nonetheless agrees that, it is delightful playing and winning in the capital and that, “Accra is truly Bae”.