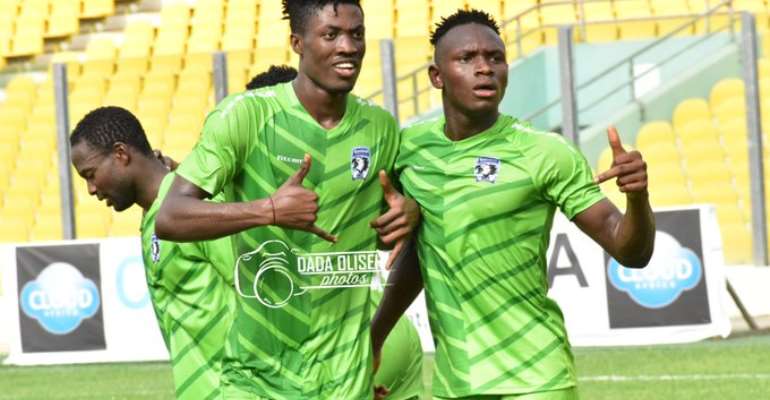 A resilient performance from Bechem United on Wednesday afternoon has earned them a vital 1-0 win against Ashanti Gold at the Obuasi Len Clay Sports Stadium in the Ghana Premier League.

The Miners hosted the Hunters today to honor a meeting on Match Week 14 of the ongoing 2019/2020 Ghana Premier League season.

Following a good start to the first half from the away team which was characterized by some good defending, they finally got to go into the break with a goal advantage.

Teenager Prince Adu Kwabena who has been sensational for Bechem United since the Ghana Premier League season started found the back of the net from inside the Ashgold 18-yard box to give his team the lead.

Despite coming in strong in the second half and enjoying the better of possession, the Miners could not draw level and have been condemned to a defeat at their own backyard by the Hunters.