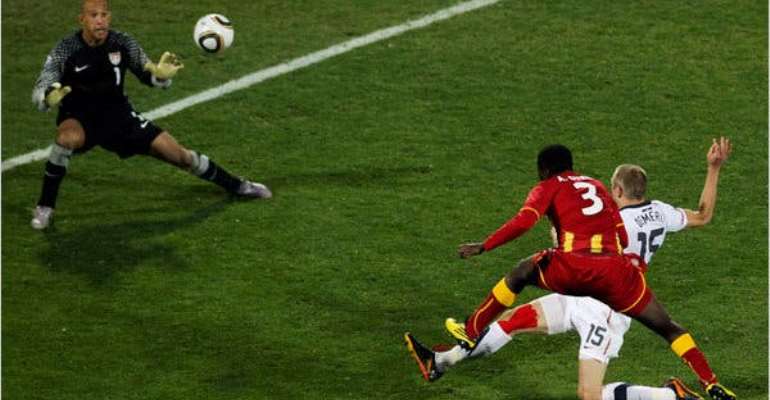 Ghana legend, Asamoah Gyan has picked his strike against the USA at the 2010 World Cup in South Africa as the best goal in his career.

Gyan, 34, has netted many memorable goals in a career that has seen him play in Italy, France, England, China and the UAE.

Gyan’s goal against the USA helped Ghana qualify for the quarter-finals of the 2010 World Cup in South Africa.

Both teams had played out a 1-1 draw after 90 minutes, with Landon Donovan cancelling out Kevin-Prince Boateng’s early strike.

He was, however, quick to point out that most of his exceptional strikes were not captured on camera for the world to see.

“People saw the World Cup goal against the USA, people saw my goal against England [but] there are a lot of goals I scored that the camera couldn’t capture," he told Pulse.com.gh.

“For now, though, I’ll say the goal against the United States in 2010 [is my greatest].

However, Gyan ensured the Black Stars qualified to the next phase after volleying home the winner in extra time.

Gyan chased down a long clearance from Andre Ayew and controlled the ball with his chest to displace two USA defenders, before firing past the onrushing Tim Howard.

Ghana, however, crashed out of the World Cup after suffering defeat to Uruguay in the quarter-final following a pulsating penalty shootout