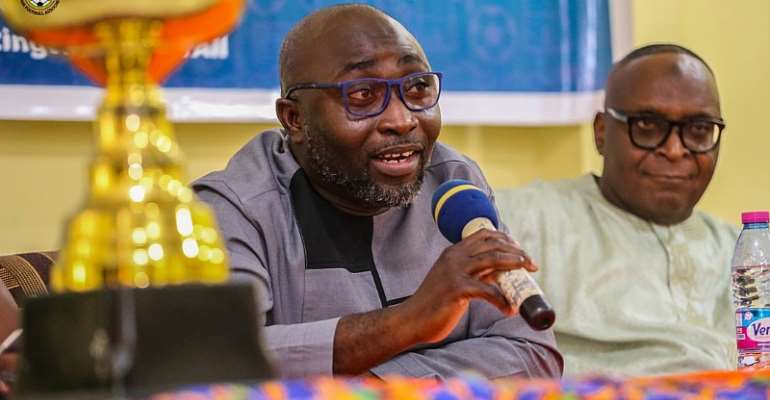 The Ghana Football Association has reaffirmed its continues support for Women's Football development in the country during the Launch of the Women FA Cup at the FA Secretariat today.

Addressing the media at the Launch, General Secretary of the FA, Prosper Harrison Addo assured all that, the FA is committed to seeing a massive improvement in women football and is ready to support its growth.

“On the international scene, the Maidens have started their FIFA U17 women’s World Cup campaign, the Black Princesses are in Morocco and The Black Queens are also in Turkey. The Agenda is to take women football to the apex in terms of development”.

He seized the opportunity to call for support from all and sundry to help improve the women’s game.

“The FA cup is a known competition and we will ensure that the field is leveled for all participating clubs so that on a good day you play your best and win. The FA’s doors are open to cooperate institutions, government and individuals to support women football but until that support comes the Ghana Football Association will raise the necessary resources to support the women’s game.”

During the round of 8 stage, the GFA will support the away sides with 2,300 cedis whiles the home sides will receives 2,00 cedis.

A support of 2,500 will be given to all four clubs participating in the semi Finals.

1,000 cedis will be given to the two finalist to prepare for the clash.

He wished the clubs the very best and announced that the Women’s FA Cup finals will be played as curtain raiser for the Men’s FA Cup on July 26.