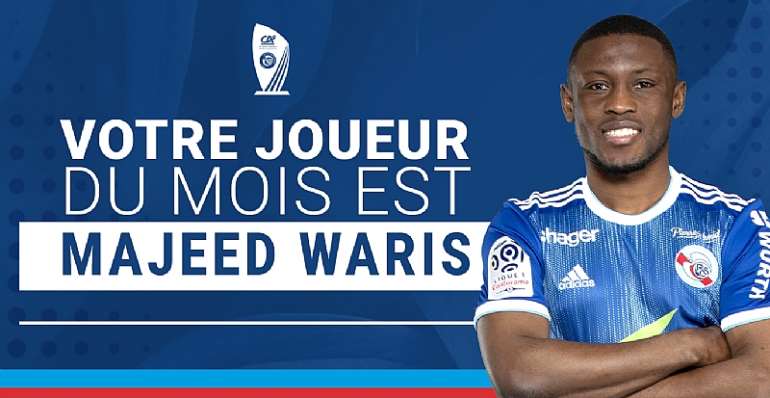 Ghana striker, Abdul Majeed Waris has been named Strasbourg player of the month of February.

Waris has been impressive for the French Ligue 1 side since his move from FC Porto during the winter transfer.

The 28-year-old forward therefore wins this award for the first time in the season.

Waris however, expressed his appreciation after winning the award.

"Happy to have received the player of the month award. special thanks to the fans and my teammate for their support.

"We will continue to stay and fight together till the end," he added.

Majeed Waris has scored two goals after seven matches played with an assist.