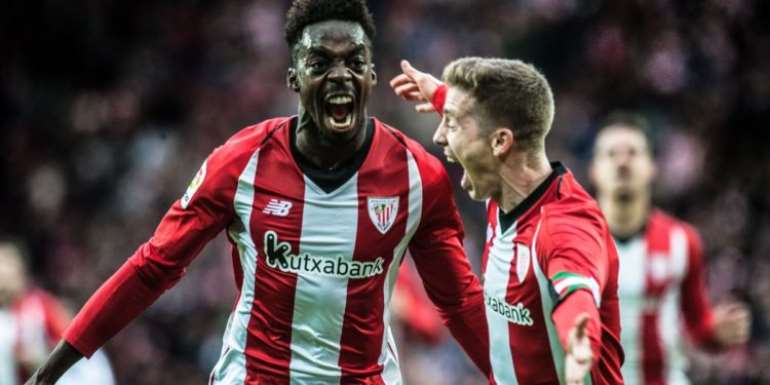 The 25-year old striker has so far this season, scored six goals for Athletic Bilbao, playing a total of 2115 minutes.

Inaki Williams struck in the 87th minute to his the visitors a 3-1 lead before Inigo Cordoba added one in the 90th-minute mark to help Athletic Bilbao an emphatic 4-1 win over at the Jose Zorrilla Stadium.

Unai Lopez opened the scoring for the away side just after four minutes into the game before Raul Garcia doubled their lead twenty minutes later.

Meanwhile, Sandro Ramirez registered the only consolation goal for the hosts in the Real Valladolid 76th minute.

Williams was, however, replaced by Aritz Aduriz in the 89th-minute mark with his compatriot Salisu Mohammed lasting the entire 90 minutes of the game.