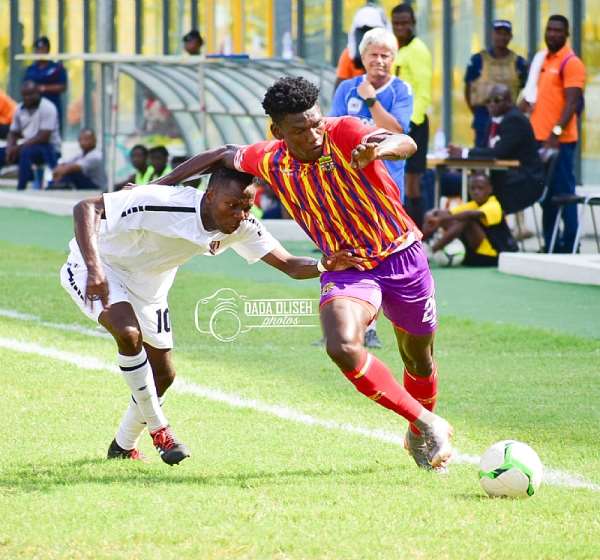 Hearts of Oak has managed to earn a point from their match against Inter Allies today at the Accra Sports Stadium in the Ghana Premier League despite an unimpressive display.

The difficulty of playing in Accra since the season commenced continued for the Phobians today when they played away to the Capelli Boys in what was a Match Week 13 meeting.

A slow start to the match saw the away team misplacing passes and coming under pressure. After failing to recover to deal with the threat of Inter Allies, Hearts of Oak was punished on the 37th minute when Samuel Armah found the back of the net.

Allies poster boy Victorien Adebayor who has been exceptional since the campaign started went past 2 defenders before laying a calm pass for Armah to convert.

Though the Rainbow lads came in stronger in the second half, they remained culprit of the misplaced passing while they also lacked the ability to make good use of chances they created.

In the last 10 minutes, Hearts of Oak finally got an equalizer courtesy a strike from defender Mohammed Alhassan after the team had mounted pressure on Inter Allies.