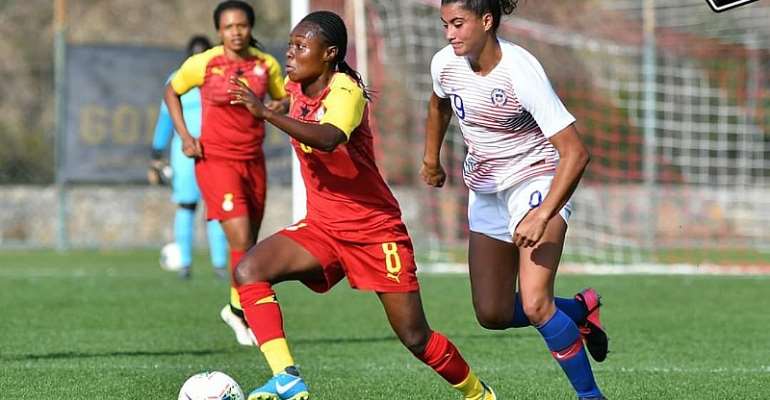 Ghana’s Black Queens has defeated the Northern Ireland B side 4-0 on this afternoon in their second match of the 2020 Turkish Women’s Cup tournament.

The tournament which started last week in Alanya is featuring 8 countries with two from African representation.

In Ghana’s first match of the tournament, she suffered a disappointing 3-0 defeat at the hands of South American side Chile.

At the end of the second Group B match played this afternoon, the Black Queens have made amends by posting an emphatic 4-0 win over the B team of Northern Ireland.

A brace from Grace Asantewaa plus a goal each from Princella Adubea and Beatrice Sesu sealed the victory for coach Mercy Tagoe-Quarcoo’s team.

With the 3 points from the two matches, Ghana has a good chance of advancing to the semi-finals if she manages to defeat Kenya in her next group match.