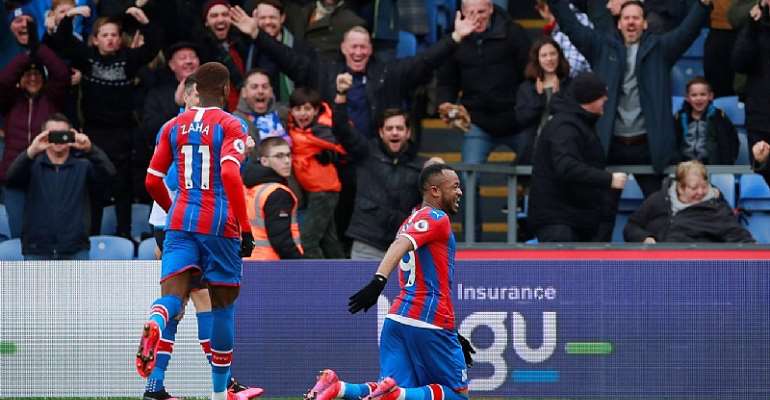 Ghanaian international Jordan Ayew continued his explosive form for Crystal Palace today as he scored with a stunning effort to seal a 1-0 win against Watford in the English Premier League.

The Eagles played as a host to the Hornets at the Selhurst Park this afternoon to honour a date on Match Week 29 of the ongoing 2019/2020 English domestic top-flight league.

Nigel Pearson’s Watford dominated for the early parts of the first half but failed to hit the back of the net before two minutes to the half-hour mark, they were made to pay for being wasteful.

In-form Jordan Ayew who has been a livewire for Crystal Palace scored with an unstoppable shot from just outside the 18-yard box of the away team after receiving a short pass from midfielder James McArthur.

After getting their noses in front, manager Roy Hodgson’s men stood firm and defended as their life depended on it to ensure they eventually cruised to a narrow 1-0 win.

Jordan Ayew’s equalizer is his 8th English Premier League goal for Crystal Palace this season and the most he has ever scored in a single season since moving to England in 2015.