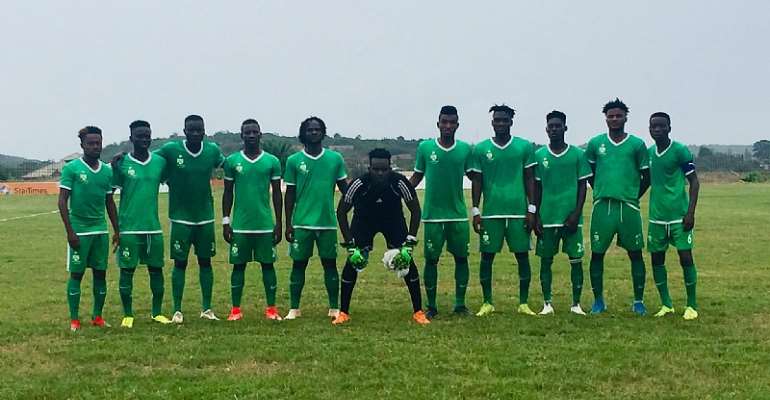 Elmina Sharks has continued it’s impressive form in the last five matches of the Ghana Premier League with a convicting 3-1 win against Liberty Professionals today at the Paa Kwasi Nduom Park.

Having won 3 matches in the last four outings, Sharks has managed to climb into the top half of the standings of the division.

In what was a Match Week 13 fixture against Liberty Professionals, the Elmina-based club has recorded another important win. Talisman Benjamin Tweneboah opened the scoring before Alhaji Mustapha added a second to ensure they went into the break with a comfortable lead.

An equally good start to the second half saw Elmina Sharks scoring a third goal courtesy a strike from Augustine Owusu. Despite coming in strong in the last 30 minutes of the match, the away team only managed to get a consolation through Alhassan Abubakar as they were forced to succumb to a 3-1 defeat on the road.

With respect to the latest win, Elmina Sharks has climbed to 5th on the standings of the Ghana Premier League and with a good chance of getting into the top-four before the first round of the season comes to a close.