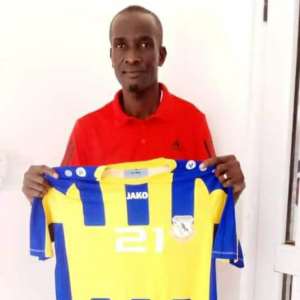 In his last job, the indigenous tactician who holds a CAF License A Certificate was with Ghana Premier League side Accra Great Olympics. After an unimpressive spell with the Dade Boys, he announced his resignation while citing that his family had been threatened by the supporters of the club.

In the last couple of weeks, Coach Prince George Koffie has been in talks with New Edubiase to take charge of the team. Following successful negotiations, an agreement has been reached as the gaffer joins the lower division side.

Though the move has been confirmed, the number of years he has signed has not been disclosed. It is understood that he has been tasked to lead New Edubiase to gain promotion to the Ghana Premier League at the end of the season.