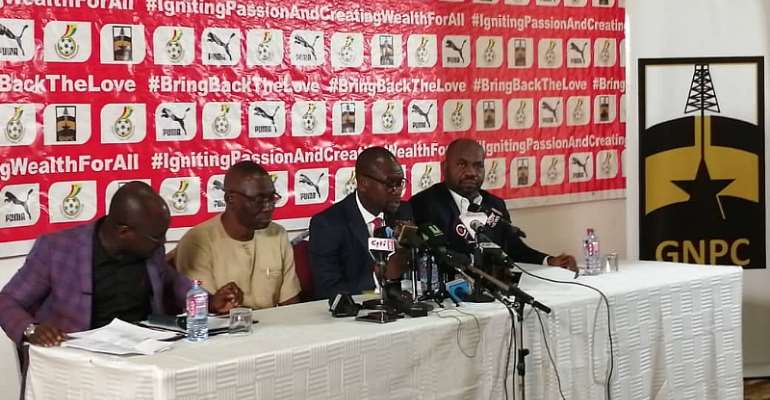 Head coach for the Black Stars of Ghana, Charles Kwablah Akonnor has opened up on his philosophy for the team while promising fans to watch out for attacking football.

The former Asante Kotoko and Hearts of Oak trainer was handed the national team job in January 2020 as he replaced coach James Kwesi Appiah whose contract run out at the end of December 2019.

Following a successful tour in Europe where he interacted and scouted Ghanaian players, Coach Akonnor returned to the country last week. Having met with his technical team subsequently, they have put together a 23-man squad for Ghana’s upcoming Africa Cup of Nations (AFCON) qualifiers against Sudan.

At a press conference in Accra to announce the Black Stars squad, the indigenous tactician has shed light on the kind of football his team will be playing.

“One thing I can assure you is that we will be an offensive-oriented team. A team that will like to pass the ball quick, move to attack and we will be able to create chances”, coach CK Akonnor stressed.

He added, “I want players who are disciplined strictly into our tactical play, players who do not do things that have within the domain of the team will find themselves out. We got to be disciplined”.

Ghana is expected to host Sudan at the Cape Coast Stadium later this month on March 27, 2020.