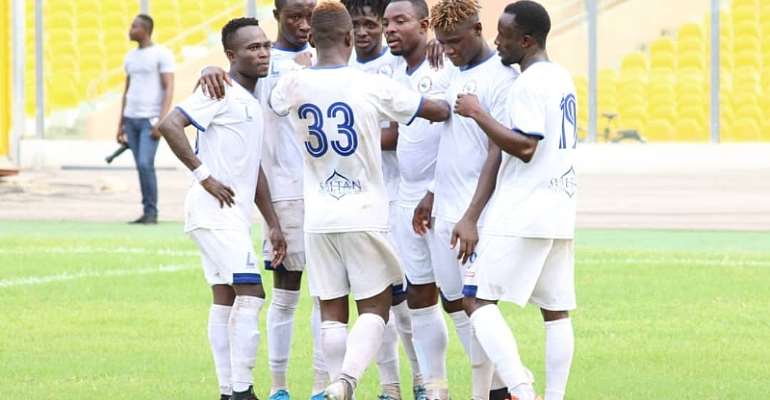 The woes of Kumasi King Faisal have worsened following their 4-2 defeat to Berekum Chelsea at the Golden City Park in the Ghana Premier League today.

The Kumasi-based side visited Berekum this afternoon with high hopes of getting a win to ensure they bagged their first 3 points of the ongoing 2019/2020 domestic top-flight season.

In what ended as an entertaining fixture, the Blues stamped their authority and denied their opponent the chance of picking maximum points from their backyard.

A good start to the match saw Berekum Chelsea breaking the deadlock after just 13 minutes of action when attacker Stephen Amankonah found the back of the net.

King Faisal, after going down came in strong and managed to draw level on the 25th minute courtesy a strike from danger man Osman Ibrahim.

That goal will however not last as Berekum Chelsea restored their lead just 6 minutes later. This time around it was skimmer Stephen Amankonah whose effort found its way into the net of the away team.

The two teams continued their attacking play in the second half with more goals being scored to give spectators something to cheer about.

Jordan Opoku and Richard Kissi Boateng scored for Berekum Chelsea on the 51st and 64th minute respectively before Frimpong Boateng added a goal for King Faisal.

At the end of the 90 minutes, it is the Blues who cruised to an important 4-2 win.