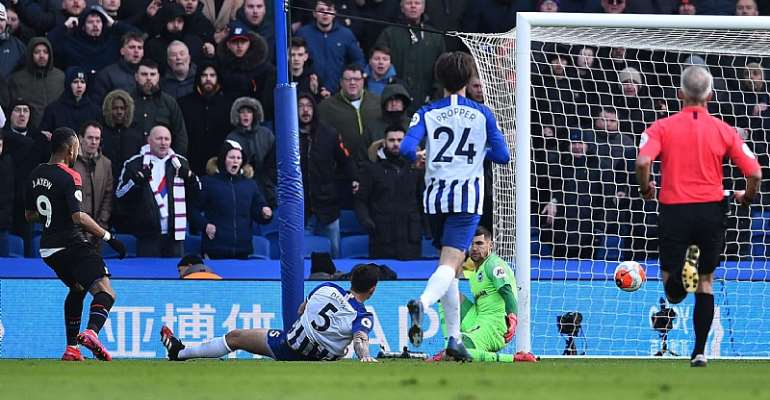 A solitary strike from Ghanaian international Jordan Ayew this afternoon has handed his Crystal Palace side a 1-0 win against Brighton and Hove Albion in the English Premier League.

The Eagles visited the Amex Stadium today to take on the Seagulls in a Match Week 28 fixture of the ongoing 2019/2020 English top-flight season.

Despite a good performance from both teams in the first half, neither side could break the deadlock. Christian Benteke who had the best chance of the half miskicked while Solomon March also squandered a good opportunity at the other end.

A compact defending from Crystal Palace did the trick for the side as it thwarted all attacks of Brighton and Hove Albion.

Later in the second half, a series of counter-attacking plays produced a goal in the 70th minute. It was no other person than Palace danger man Jordan Ayew who finished off a good chance after he was put through by Benteke.

Though the home team tried to get back into the match, they could not find the back of the net. Eventually, Crystal Palace managed to cruise to a first win at the Amex grounds

Ayew who lasted the entire duration of the match has taken his tally to 7 goals, underlining how important he has been for his club this season.