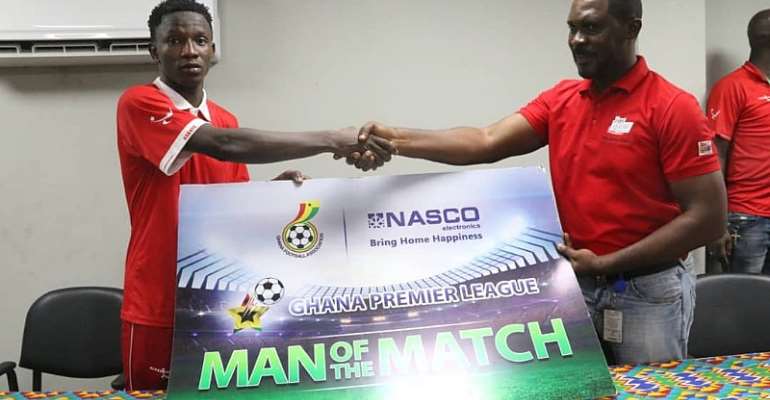 Asante Kotoko left-back Ibrahim Moro was adjudged the ‘Man of the Match’ in his team’s 3-1 win against Bechem United at the Accra Sports Stadium in the Ghana Premier League on Friday night.

The pacey full-back was handed a starting role by manager Maxwell Konadu on the night to help the Porcupine Warriors seek a win to recover from two previous defeats.

Though the side conceded first when Hafiz Konkoni handed Bechem United the lead, Asante Kotoko put up an impressive outing afterward to climb from behind to beat their opponents 3-1.

On the Matchday, Ibrahim Moro was the standout player in the comeback win, creating two goals with his in-swinging crosses before subsequently hitting the back of the net in the second half straight from a free-kick.

Assessing the performance of players at the end of the game, Moro’s contribution was adjudged as the standout and and hence deservedly walked away with the NASCO ‘Man of the Match’ award.