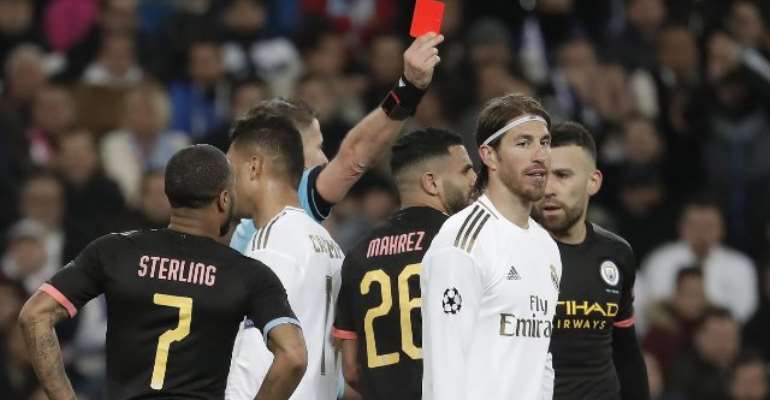 Real Madrid will appeal the red card shown to captain Sergio Ramos against Manchester City on Wednesday night, according to a report in Spain.

Los Blancos captain Ramos was sent off for the 26th time in his career during his side's 2-1 Champions League last-16 first-leg defeat.

The Spanish giants now face the prospect of attempting to overturn that deficit in Manchester on March 17 without their captain. But according to Cadena SER, the club will appeal.

Following the game, Ramos' team-mate Vinicius Jr. claimed that his side had been treated unfairly by the referee.

"Gabriel Jesus committed a foul in the first goal and everyone knows it. We have the VAR but the referee didn't want to go and have a look at the play. I could see it from the sidelines and it was clear," Vinicius told reporters.

"Referees always come here and make decisions against us on purpose, it's always the same. We are the team that has won the most league titles and most Champions League, it will always be like this."

Ameen Sangari Factory will be revived Under 1D1F — Akufo-Add...
20 minutes ago