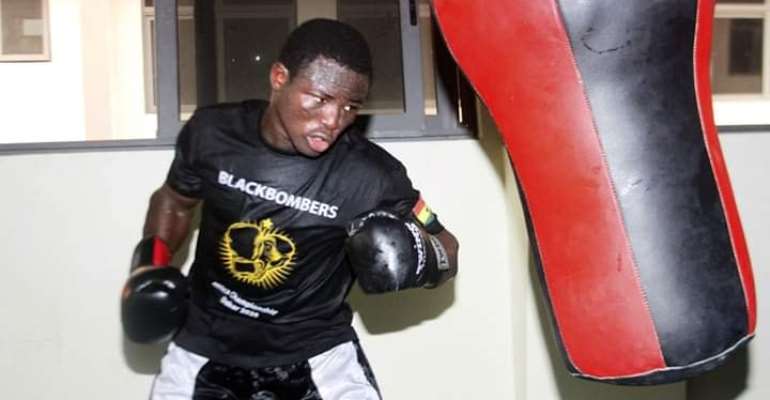 SWAG amateur boxer of the year 2019, Shakul Samed is on way to achieve his dream if he wins the semi-final clash against Salah Orabi Abdelrahman of Egypt later today at the Tokyo 2020 Africa qualification tournament in Dakar, Senegal:

"I come from a boxing family. My father, Issah Samir was an Olympian he went to Beijing and my big brother, Bastie was a two-time Olympian after winning the African title twice. So I am just here to follow their footsteps. This was just a warm-up you will see the real fight in the semis" he told boxing reporters.

On a sad note, Black Bombers captain, Sulemanu Tetteh lost to the so-called favourite of the division, Mohammed Flissi of Algeria in the semi-final of men's flyweight competition.

But Black Bombers teenager, Samuel Takyi said ahead of his semi-final today:

"I train with the champions. I come from Bukom the area which has produced some of the greatest champions in Ghana’s history. So I’m young only 19 but have been boxing since I was 9, and I want to make Ghana proud by qualifying."

Ghana had five boxers who have reached the Semifinals, but at the time of filing this report, Suleman Tetteh has lost 0-5 to his Algerian opponent, Filsi Mohammed.

He will fight for the third place to see his qualification.

Ornella Sathoud also failed to make it to the final as she lost to her Mozambique opponent, Gramane Rady Adosina 0-5 in the Women’s middleweight.

She has to fight for a place in Tokyo at the third-place match on Friday against an Algerian, Chab Ichrak.

Meanwhile, the Ghana Olympic Committee (GOC) President, Ben Nunoo Mensah and secretary-general Richard Akpokavie have sent encouraging and inspirational messages to the boxers to go all out and make themselves and the nation proud.

Mahama Installed As Development Chief Of Apesika
6 hours ago

New Voter Roll: EC Quickly Restored My Name After I Raised A...
6 hours ago