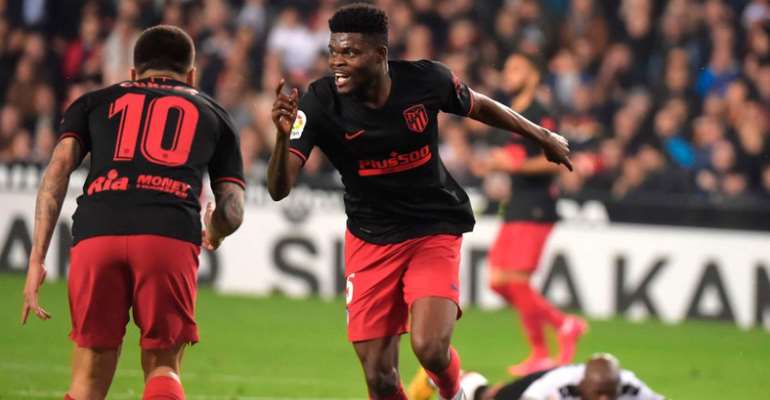 Ghana midfielder, Thomas Partey says he will continue to give his all for Atletico Madrid.

The 26-year-old has been a key figure for the club in the ongoing season.

Partey played a key role as the Spanish side recorded back-to-back wins over Liverpool and Villarreal in the Champions League and La Liga, respectively.

Speaking about his future, though, Partey said he hopes to stay at Atletico Madrid for so many years.

According to the Ghanaian, the Wanda Metropolitano is like his home and he would love to even retire at the club.

“I feel good, with confidence, when I am in good shape the team notices,” Partey said, as quoted by One Football.

The midfielder’s impeccable performances have led to links with some of Europe’s elite clubs, with Arsenal and Manchester United reportedly keen on his signature