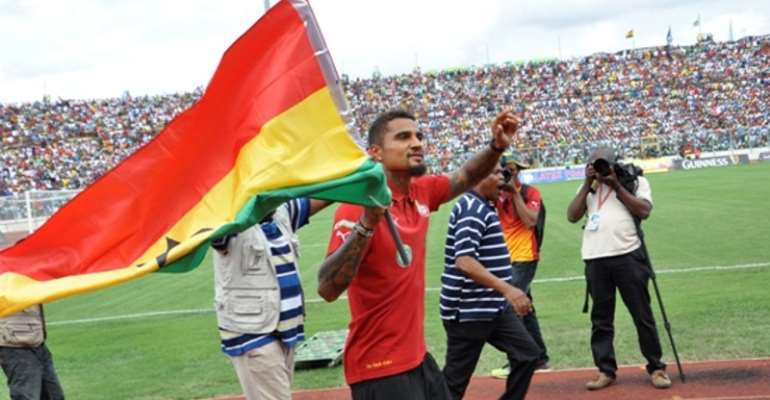 Former Ghana coach, Kwasi Appiah has revealed that Kevin-Prince Boateng was never committed to play for the country when playing for the four-time African champions.

The pair worked together for a couple of years after excelling in the 2010 World Cup in South Africa.

Mr Appiah managed the Boateng during the 2014 World Cup.

However, a massive fall out during the tournament in Brazil led to Boateng being sent home after he reportedly disrespected the 59-year-old.

The former AC Milan and Barcelona forward was subsequently banned from the national team and has since not played for the Black Stars.

In his autobiography, ‘Leaders Don’t Have To Yell’, Appiah said he would have invited the 32-year-old for the 2019 AFCON had he apologised.

He, however, questioned the 32-year-old’s commitment to Ghana, saying the player often wanted to pick and choose which games to play while he was with the Black Stars.

“Kevin is a good player, and I welcome his contribution if he can help the team win,” Appiah wrote in his book.

“However, it is not lost on me that he has a pattern of choosing to play for Ghana when it suits.”

The 400-page book is a leadership memoir in which Appiah shares his account of key events during his playing days and his two stints as coach of Ghana.