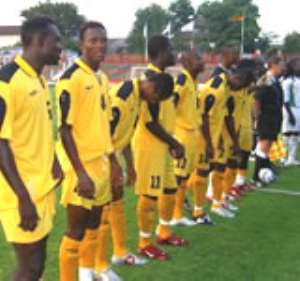 Reading FC have checked on Rennes' Ghanaian defender John Mensah as The Royals prepare for life in The Premiership.

Reading manager, Steve Coppell is busy putting a together a list of potential recruits, with Mensah's name reportedly under consideration.

Mensah has created a huge impression at Rennes since joining the French outfit from Chievo Verona during January's transfer window.

The 23-year-old initially signed a contract until the end of the season, but has recently been rewarded with a three-year deal.

That could present Reading with a problem if they try to follow up their early interest in Mensah, who will be playing for Ghana's Black Stars at the World Cup this summer.