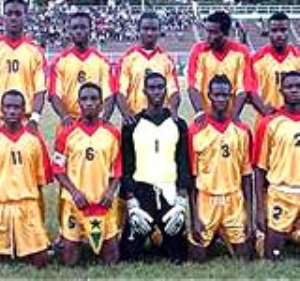 A group of 23 Black satellites players are expected to assemble at the Prampram Soccer School of Excellence today to begin preparations for the Africa Youth championship qualifiers later in the year.